In a fresh dare, China has published a new map that has unnerved sentiments among governments ranging from India to those in Southeast Asia. 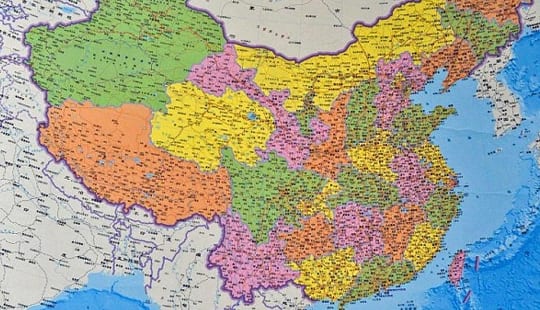 New Delhi: In a fresh dare, China has published a new map that has unnerved sentiments among governments ranging from India to those in Southeast Asia.

As per a report in The Washington Post, the latest map shows the totality of China`s territorial claims. In comparison, earlier maps used to separately denote China`s declared claims, including over the South China Sea.

Chinese state newspaper People`s Daily has claimed that Chinese citizens would now be able to "fully, directly know the full map of China".
"Readers won’t ever think again that China’s territory has primary and secondary claims," it added.

The map shows India`s Arunachal Pradesh state as Chinese territory. Not just that, a large part of Jammu and Kashmir is also shown as part of China.

The border dispute between India and China dates back to several decades and has even seen the two countries go to war in 1962.

China claims most of Arunachal Pradesh as part of "Southern Tibet", and is also illegally occupying a part of Jammu and Kashmir divided by the Line of Actual Control (LAC). Even the perception of LAC differs on both sides, as claimed by officials, and this has led to several Chinese incursions into the Indian territory.
The recent violation took place as early as June 24 when Chinese troops reportedly entered the Indian side of the Pangong lake in eastern Ladakh and stayed there for over two hours before being pushed back by Indian soldiers.

Reacting to the map`s publication, Arunachal Pradesh Chief Minister Nabam Tuki said that his government objects to and condemns the Chinese claim on the northeastern state.

Tuki said his government wants the Centre to talk to China and look for solution to the isue.

The publication of the controversial map has come at a time when Indian Vice President Hamid Ansari is in China to celebrate the 60th year of Panchsheel - the five principles for peaceful coexistence that once formed bedrock of Sino-India ties.

Apart from Indian territories, China – in its new map – has also laid claim to swathes of the South China Sea that encompass almost all of Southeast Asia.

The map lays Chinese claim to islands that are disputed by Vietnam, the Philippines, Taiwan and Malaysia.