One of India`s top educational institutes, the Indian Institute Of Technology at Kanpur (IIT-K) has unveiled a new supercomputer on Tuesday. 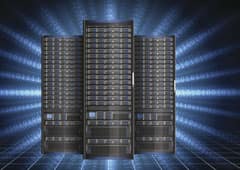 Kanpur: One of India`s top educational institutes, the Indian Institute Of Technology at Kanpur (IIT-K) has unveiled a new supercomputer on Tuesday.

It is the second supercomputer that has been developed by the prestigious institute. The computer has been ranked fifth in the country in terms of performance and 130th in the list of world top 500 supercomputers.

The machine was assembled by a team of engineers at the IIT-Kanpur, headed by institute`s deputy director SC Srivastava and unveiled by him along with Ashish Dutta, head of the Computer Centre.
According to Srivastava , the machine operate at a peak performance of 307.2 Terra Flops (TF) and a realised performance of about 249 TF.

They said the new machine would be used for regular education, research and training purposes.

The machine has been launched after extensive research by a seasoned team and the engineers behind the project felt that this is one of the best supercomputers.
The project cost Rs 48 crore to the institute.

Facebook opens door to under-13s, but with parents` nod