According to an online survey conducted by KRC Research, many smartphone users around the world have admitted to take their phones almost everywhere they go, even while they sleep! 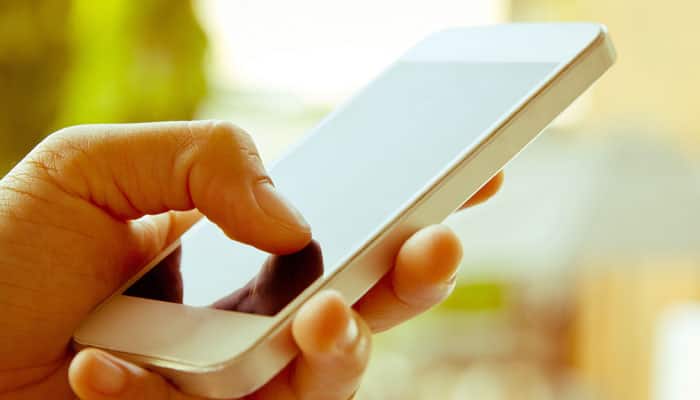 Washington: According to an online survey conducted by KRC Research, many smartphone users around the world have admitted to take their phones almost everywhere they go, even while they sleep!

Many resent their too much dependency on it, which has subsequently created associated phobias. One such phobia is called Nomophobia- a fear of being without your phone.

These are among the findings of a seven-country wide survey of more than 7,000 people about smartphone habits released Wednesday by Motorola, the newly acquired division of Chinese electronics giant Lenovo.

Sixty per cent of those surveyed said they slept with their handsets and the highest percentage of such people were from India (74 per cent) and China (70 per cent). 57 per cent said they took the device into the wash room, with the highest totals from China and Brazil.

One in six smartphone users said they used their phones while showering, and more than half i.e. 54 per cent said they would reach for the smartphone before saving their cat in the event of a fire.

How close are people to their devices? 22 per cent said they would give up sex for a weekend instead of parting with their smartphones. And 40 per cent tell secrets to their phones they would not reveal even to their best friend.

But the relationship is not perfect. Only 39 per cent said they were "happy" with their smartphone, and 79 per cent felt bothered that their devices interrupted them at inopportune moments.

The survey was conducted online with a total of 7,112 smartphone owners in the United States, Britain, Brazil, China, Spain, Mexico and India.