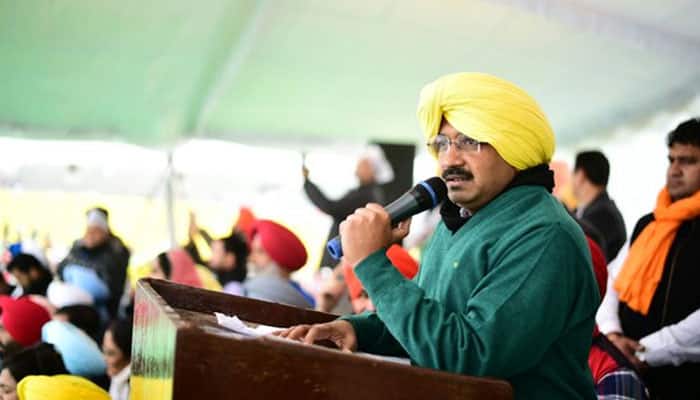 Chandigarh: In what has created flutters across Punjab, a poster has surfaced showing Jarnail Singh Bhindranwale along with Delhi Chief Minister Arvind Kejriwal and other Aam Aadmi Party (AAP) leaders.

The poster urged people to celebrate Bhindranwale’s birthday on February 12. 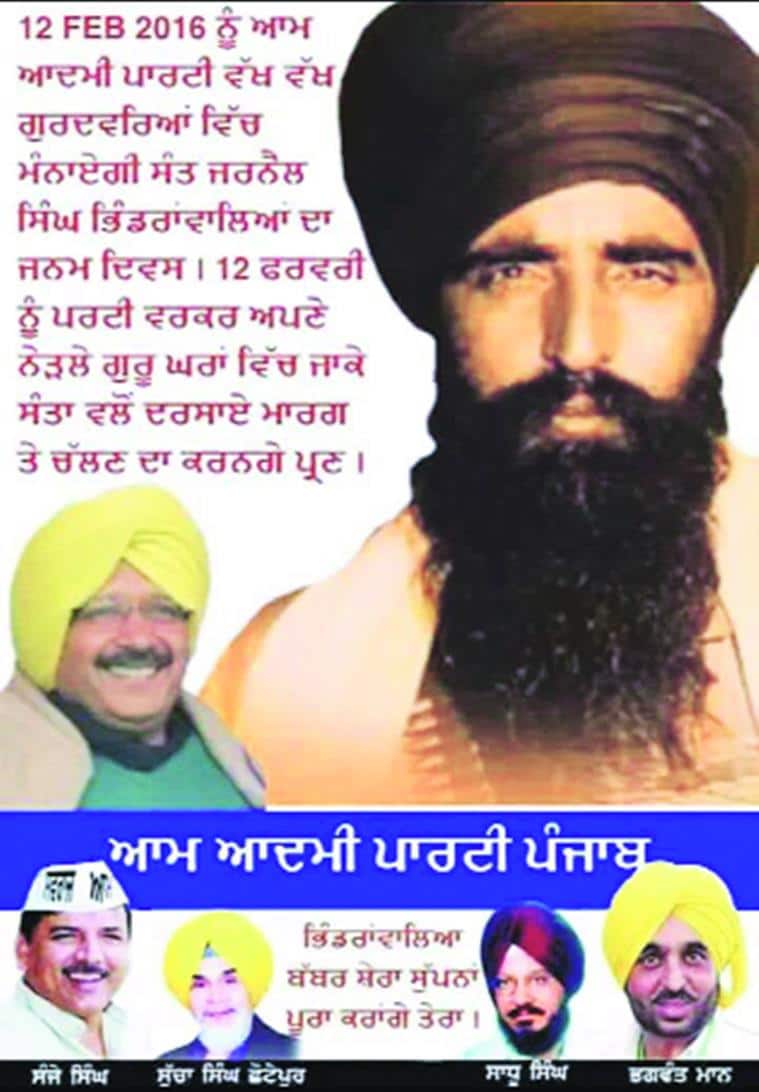 The message in Punjabi says: “On February 12, the AAP will observe the birth anniversary of Jarnail Singh Bhindranwale. On this day, all party workers should visit the nearest Gurdwaras and pledge to walk the path shown by Sants.” It further says the poster was issued by the AAP, Punjab, and “Bhindranwale, a lion. We will fulfil your dream”.

Sanjay Singh and Chhotepur have distanced the party from the posters, blaming the rival parties for playing “dirty politics”.

“It is a conspiracy against us,” Sanjay Singh said.

“If the AAP is not behind these posters and pamphlets, it should file an FIR,” The Hindu quoted BJP state president Kamal Sharma as saying.