Punjab RSS leader Jagdish Gagneja loses battle for life, days after being shot at in Jalandhar

Rashtriya Swayamsewak Sangh leader Brigadier (Retd) Jagdish Gagneja was shot thrice in the abdomen from a close range by two young men in Jalandhar on August 6. 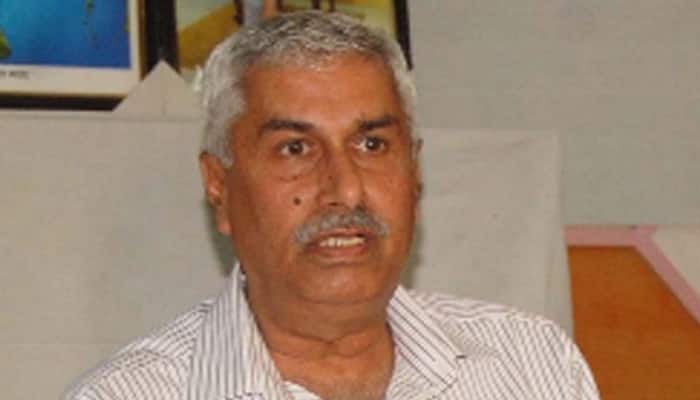 Gagneja, the senior vice president of the Punjab unit of Rashtriya Swayamsevak Sangh, was shot thrice in the abdomen from a close range by two young men on a motorcycle in a busy area in Jalandhar on August 6.

The critically injured Gagneja was shifted to the Hero DMC Heart Institute in Ludhiana from a private hospital in Jalandhar.

The Punjab Police could not make any arrests or reveal the conspiracy behind the attack.

The police also announced a reward of Rs 10 lakh and a job to anyone providing information on the shooters. However, it has drawn a blank so far.

The Jalandhar police had got hold of CCTV video of different places in which two youths, wearing 'patkas' (a religious headgear worn by young Sikh boys) and with their faces covered with cloth, were seen moving around on a motorcycle.

The footage also indicated the suspected assailants had trailed Gagneja, who retired from the Army as a Brigadier in 2003, for some time before firing at him at the busy Jyoti Chowk area in the heart of Jalandhar.

The Punjab RSS and the state BJP leadership have taken the attack on Gagneja very seriously.

SAD, Congress take dig at Sidhu, say he ran away from fight