A 9-seater aircraft of Supreme Airlines today flew to Udaipur from Jaipur via Jodhpur. 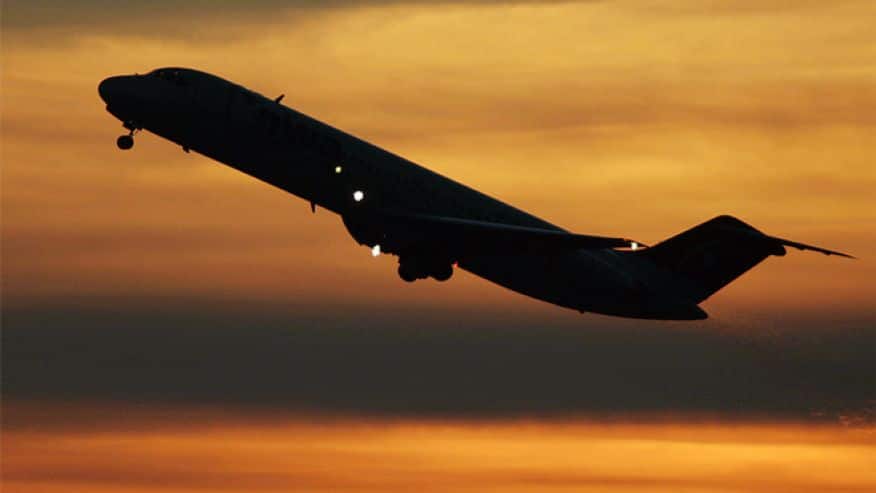 Jaipur: The first flight of an intra-state air service from Jaipur to Udaipur via Jodhpur was launched on Tuesday from here.

"Bikaner and Kota too would soon be connected by air," Raje said speaking on the occasion.

She said the state achieved another milestone on Monday when Scoot Airlines of Singapore started direct flight from Jaipur to Singapore.

The state government has tied up with Supreme Transport Organisation Pvt. Ltd. to operate air services between different cities in the state.

A state government statement said that in the first phase, flights have been launched from Jaipur to Jodhpur and Udaipur. For both these flights, minimum airfare has been fixed at Rs 3,499 per passenger.

"Afterwards flights would be operated from other cities as well," a civil aviation department official told IANS.

As per the agreement, Supreme Air Lines would operate intra-state flights for six days in a week with 9-seater Cessna Caravan-C 208B aircraft.

Several locations of world-class tourism, religious, historical and heritage importance would benefit by these air operations.

According to travel industry pundits, peaceful atmosphere coupled with lots of sightseeing places and shopping are some of the reasons attracting tourists to these Rajasthan cities.

On an average, Rajasthan attracts over 12 lakh foreign and over two crore domestic tourists every year.

Travel pundits hope that these kind of air services would certainly help in giving a fillip to tourist footfall.

"In fact, tourists had to travel by road and so were avoiding some of the places in Rajasthan. Now with good air connectivity, they (tourists) would be able to see more cities and spend more time in the state. It would certainly give a boost to tourist arrivals," Surendra Singh, a travel agent, said.

Congress does dinner diplomacy in Rajasthan to resolve difference