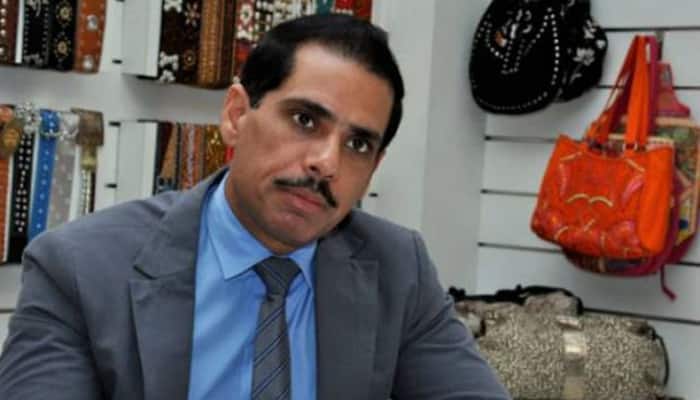 According to reports, the government has cancelled the mutation of approximately 360 hectares land in Bikaner's Kolayat tehsil, a part of which belonged to Vadra's firm.

The sources close to the government have revealed that during an inquiry it was found that the Vadra land deals in Gajner and Goileri in Kolayat tehsil were purchased in fraudulent manner. Further inquiry into the matter has been ordered.

Vadra had purchased the land in 2010 which was illegally allotted in 2006-07 to some villagers, who were unjustly shown as farmers displaced by the Mahajan Field Firing Range of the Army.

Quick to launch a scathing attack on Vadra, BJP spokesperson Sambit Patra said that the party, as promised, will not spare any wrongdoing.

Mutation of Land purchased by Vadra firm cancelled by Rajasthan Govt ..didn't we say No Wrongdoing would be Spared ..have Faith & Patience!!

BJP MP from Bikaner Arjun Ram Meghwal has also told ANI that he had been opposing these deals from 2010. “We had said that farmer's lands aren't for trade. Law will take its own course and it is equal for every one. Wherever Robert Vadra misused his power and broke revenue laws, action should be taken and investigation should happen,” he further added.

Meanwhile, defending Vadra on the recent accusations, the Congress said that the government wants to bother him.

During the 2013 Rajasthan Assembly elections, Vasundhara Raje had assured that her government will take appropriate action against the alleged fraudulent land deals of Vadra soon after assuming office.