China pledges to cut carbon intensity by 45 pc by 2020

China, the world's biggest emitter of greenhouse gases, has pledged to reduce its carbon emission intensity by 40-45 per cent by 2020 from the 2005 level in a new plan unveiled just ahead of a UN climate summit in New York. 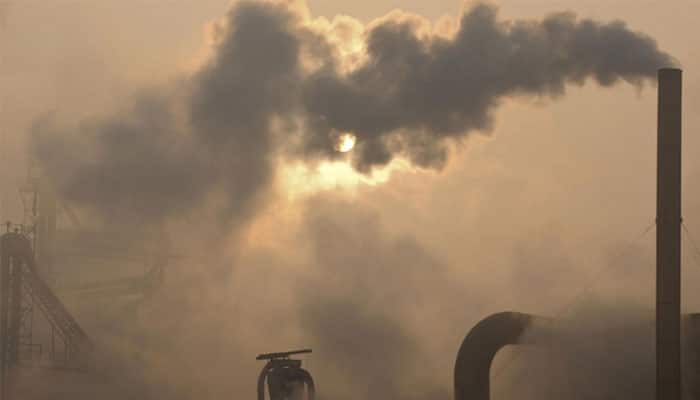 Beijing: China, the world's biggest emitter of greenhouse gases, has pledged to reduce its carbon emission intensity by 40-45 per cent by 2020 from the 2005 level in a new plan unveiled just ahead of a UN climate summit in New York.

The plan, approved by China's cabinet, maps out major climate change goals which China intends to meet by 2020.

It also aims to bring the proportion of non-fossil fuels to about 15 per cent of its total primary energy consumption.

Other targets include increasing forest coverage by 40 million hectares within the next five years.

China will speed up efforts to establish a carbon emission permit market, under the plan, which also calls for deepened international cooperation under the principles of "common but differentiated responsibilities," equity and respective capability.

The central government said local governments and departments should recognise the significance and urgency in dealing with climate change and prioritise their action on the issue.

The action plan came just before a climate summit to be held at UN Headquarters in New York on Tuesday that would be attended by Chinese Vice Premier Zhang Gaoli.

Xie Zhenhua, deputy chief of the NDRC and the country's top official on climate change, told reporters that the plan was a concrete action by China to participate in the global process to tackle climate change.

In the first nine months of 2014, China's energy consumption per unit of GDP dropped by 4.2 per cent year-on- year and carbon intensity was cut by about 5 per cent, both representing the largest drops in years, he said.

As a developing country, China is the world's largest greenhouse gas emitter. With the plan, the country has showed confidence in achieving green goals.

Xie called for a new global protocol on climate change to adhere to the principles of fairness and common but differentiated responsibilities, referring to the responsibilities of developed and developing countries in reducing their carbon footprints respective to their developmental abilities.

Data released by various research institutions have suggested that developing nations have accounted for 70 per cent of all the greenhouse gas emissions cuts in the world, according to Xie.

Promising that China would announce measures on tackling climate change after 2020 at the upcoming summit, he said that this work is not only China's binding international obligation, but also essential for its own development, state-run Xinhua news agency reported.