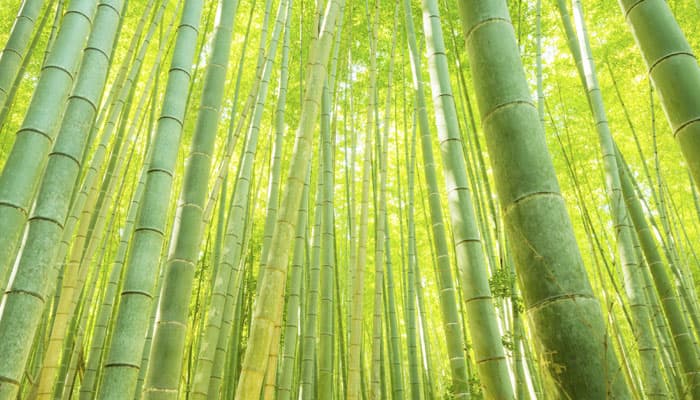 New Delhi: Bamboo, the fastest growing grass, can not only help fight climate change but can also bring economic empowerment to women in the rural areas. These were some of the ideas which caught the attention of people at the National Bamboo Expo Mart-2014 in New Delhi.

Organised by the National Bamboo Mission, the initiative aims to promote green consumerism through the use of bamboo in various ways. Calling for a green building movement with the help of bamboo, Dr A K Bhattacharya, Mission Director of the Madhya Pradesh State Bamboo Mission, said that bamboo could serve as an important tool towards sustainable and green development.

“It not only helps in rural development by providing odd jobs to women but is also good for soil and water conservation. Rural toilets with bamboo could be a cost effective way to equip each household with a toilet facilty,” he said.

He also expressed his desire for encouraging farmers in Madhya Pradesh towards bamboo cultivation for their personal consumption and as an additional source of income. “It can be done on patches of unused land in the existing fields without any extra cost,” he said.

Bhattacharya said that replacing bricks with bamboo in construction will help in curbing carbon emissions as production of bricks leads to more carbon footprint. It can also help human beings in leading a healthy life as bamboo shoots promote healthy bowel movements, lower cholesterol levels and blood pressure, he said.

In order to acquaint children with the benefits of bamboo, a painting competition was organized on various topics like, bamboo-the gift of nature, bamboo-the clean and green environment and bamboo since tradition.

Dhriti Saluja, a tenth standard student, who participated in the competition, was excited to learn various applications of Bamboo. “We never knew that bamboo is used to make a variety of items like jewellery, scrubbers, table mats, flower vases, mobile wallets, key holders and key chains,” she said.

Dhriti along with her other class mates Vibha Sharma and Kanika Aggarwal, expressed her desire to use utilities made of bamboo instead of plastic as the latter has harmful effect on the environment.

Aryan Narula, a sixth standard student, said that he would prefer bamboo products as it provides jobs to many people in rural areas and was also biodegradable.

Amongla C, member of the Nagaland Bamboo Development Agency (NBDA), said that NBDA was an initiative of the Nagaland government for helping to create sustainable livelihoods using bamboo as a resource.

“Various products like the bamboo shoot pickle is prepared by the housewives, single mothers and widows trained by NBDA so that they can be empowered economically and become self reliant,” she said.