How to 'turn off' autoimmune diseases revealed

In a new study, scientists have reached a step further in the battle against autoimmune diseases by discovering how to put a stop to the cells attacking healthy body tissue. 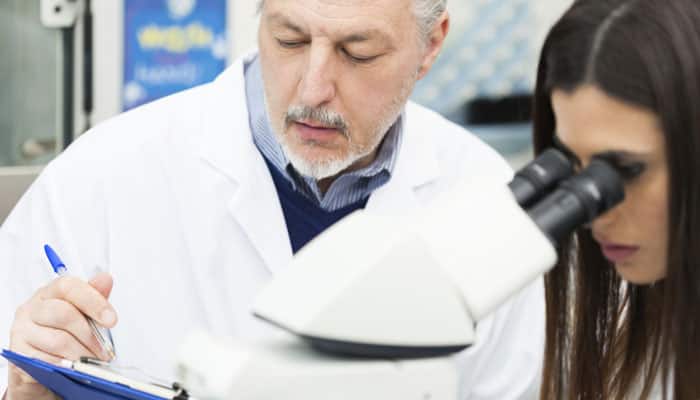 Washington: In a new study, scientists have reached a step further in the battle against autoimmune diseases by discovering how to put a stop to the cells attacking healthy body tissue.

Researchers at the University of Bristol have discovered how cells convert from being aggressive to actually protecting against disease. It's hoped the findings would lead to the widespread use of antigen-specific immunotherapy as a treatment for many autoimmune disorders, including multiple sclerosis (MS), type 1 diabetes, Graves' disease and systemic lupus erythematosus (SLE).

Scientists were able to selectively target the cells that cause autoimmune disease by dampening down their aggression against the body's own tissues while converting them into cells capable of protecting against disease.

The Bristol group revealed how the administration of fragments of the proteins that are normally the target for attack leads to correction of the autoimmune response. Most importantly, their work reveals that effective treatment is achieved by gradually increasing the dose of antigenic fragment injected.

The scientists delved inside the immune cells themselves to see which genes and proteins were turned on or off by the treatment, and found changes in gene expression that help explain how effective treatment leads to conversion of aggressor into protector cells. The outcome was to reinstate self-tolerance whereby an individual's immune system ignored its own tissues while remaining fully armed to protect against infection.

By specifically targeting the cells at fault, the immunotherapeutic approach avoids the need for the immune suppressive drugs associated with unacceptable side effects such as infections, development of tumours and disruption of natural regulatory mechanisms.

Indian Army tanks that can work in most severe weather conditions

'Completely baseless and false': Karan Johar refutes allegations of drugs at his party