A new research has found that humans diet 20,000 years ago was largely sourced from rainforest, suggesting that they had adapted to the environment much sooner than thought. 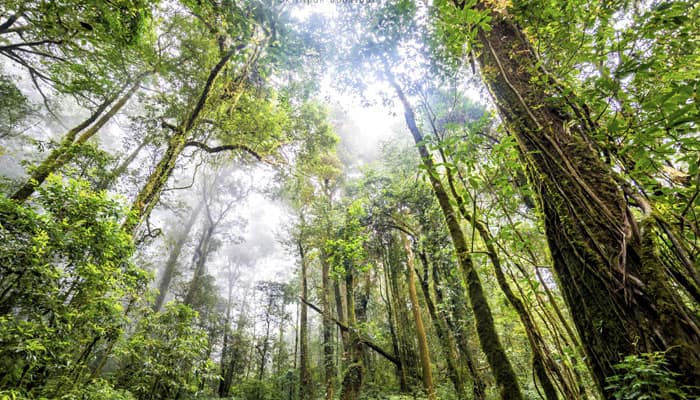 Washington: A new research has found that humans diet 20,000 years ago was largely sourced from rainforest, suggesting that they had adapted to the environment much sooner than thought.

Researchers from Oxford University, working with a team from Sri Lanka and the University of Bradford, analyzed the carbon and oxygen isotopes in the teeth of 26 individuals and found that nearly all the teeth analyzed suggested a diet largely sourced from the rainforest.

Previously it was thought that humans did not occupy tropical forests for any length of time until 12,000 years after that date, and that the tropical forests were largely 'pristine', human-free environments until the Early Holocene, 8,000 years ago. Scholars reasoned that compared with more open landscapes, humans might have found rainforests too difficult to navigate, with less available food to hunt or catch.

Co-author Professor Julia Lee-Thorp said that the isotopic methodology applied in their study was already successfully used to study how primates, including African great apes, adapt to their forest environment. However, this was the first time they investigated ancient human fossils in a tropical forest context to see how the earliest ancestors survived in such a habitat.

The researchers studied the fossilized teeth of 26 humans of a range of dates - from 20,000 to 3,000 years ago, which were excavated from three archaeological sites in Sri Lanka. The analysis showed that all of the humans had a diet sourced from slightly open 'intermediate rainforest' environments.

Lead author, Patrick Roberts, said that the study was the first to directly test how much early human forest foragers depended on the rainforest for their diet. The results are significant in showing that early humans in Sri Lanka were able to live almost entirely on food found in the rainforest without the need to move into other environments.

The study is published in the early online edition of the journal Science.

Lion spotted in Gabon for first time in 20 years