The wildlife managers use high-tech solutions like camera trap images in order to identify conflict-prone tigers in India. 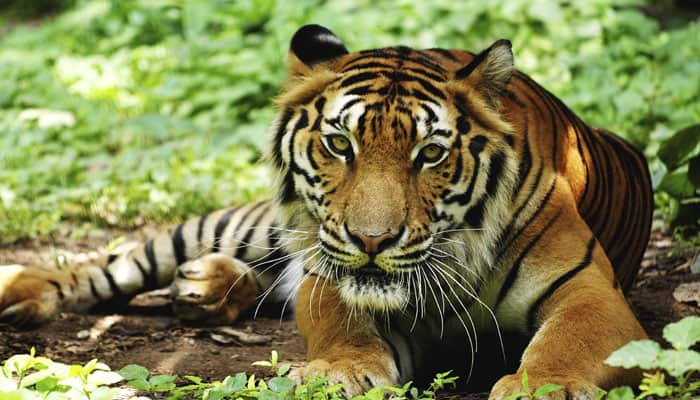 Washington: The wildlife managers use high-tech solutions like camera trap images in order to identify conflict-prone tigers in India.

Researchers with the Wildlife Conservation Society and other partners use stripe pattern-matching software to zero in on individual tigers in conflict and relocate them out of harm's way for the benefit of both tigers and people.

Dr. Ullas Karanth, WCS's Director for Science-Asia, said that using scientific methods to locate individuals involved in conflict with humans and livestock helps them to mitigate threats to people and prevent the capture of the wrong tigers, especially wherever tigers may venture beyond protected area borders.

Since the initiation of the research protocol, more than 750 tigers have been identified from six protected areas in the Malanad Tiger Landscape in the Western Ghats across India. The system also enables researchers to keep track of other data such as home range locations, age and ex of individual animals, activity patterns.

Over the longer term it even enables estimation of survival and recruitment rates and changes in numbers, all of which can be used to inform management decisions on wild tigers.

Once ranging across Asia from Turkey to Indonesia, the tiger has been decimated by a combination of habitat destruction, overhunting of prey animal, poaching for the illegal trade and retaliatory killing by humans.

The total wild population has been reduced in numbers from perhaps 100,000 at the turn of the 20th Century to a current estimate of fewer than 3,500 animals remaining in only 6 percent of the species' historic range.