An adult female one-horn rhino has been killed by the poachers in Assam's famed Kaziranga National Park. 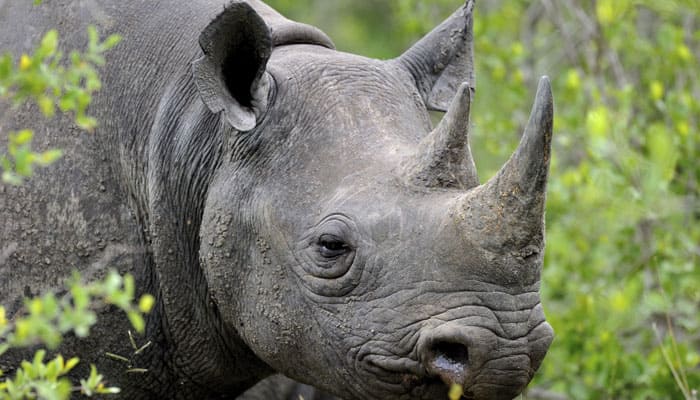 Kohora (Assam): An adult female one-horn rhino has been killed by the poachers in Assam's famed Kaziranga National Park.

The incident took place at the Teteliguri forest area near the Kohora range of the National Park. The forest guards on duty heard gunshots and immediately rushed towards the area.

They later reported the incident to senior officials and asked for reinforcements.

Forest guards later exchanged a few rounds of fire with the poachers. However, the poachers managed to escape towards the hills of Karb Anglong.

A search operation, launched by the police and forest guards, found a seriously injured rhino. But before they could rescue it, the one-horned animal succumbed to its wounds.

Tapan Gogoi, a forest guard at the Kaziranga National Park, said he saw the rhino lying dead in a pool of blood with its horn cut.

"At around 2.30 at night I heard the sound of a bullet being fired. I rushed to the spot and saw some shadows of people running away. Then I found the rhino lying dead here," Gogoi told the media.

The rising demand in Asia for rhino's horns has led to increased killings of the threatened species. Trade in rhino horn is strictly prohibited under CITES (Convention on International Trade in Endangered Species).

The cases of poaching of this endangered animal species have reportedly increased in the Kaziranga National Park and the adjoining forest areas over the past year.