Siberian tiger population at China's park up by 105 this year

The population of endangered Siberian tigers has gone up by 105 this year, bringing their total number to over 1,000 at a tiger park in China's northeast Heilongjiang Province. 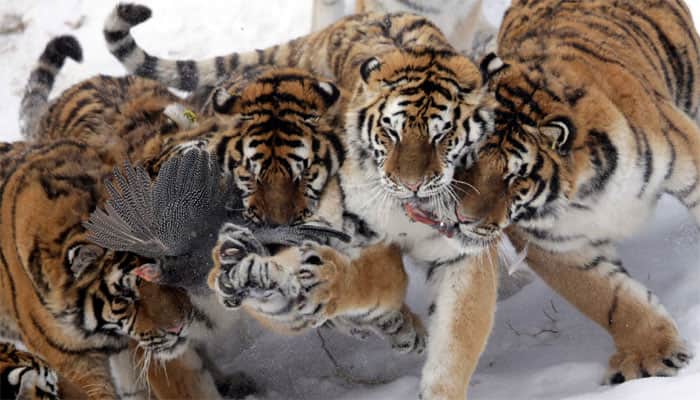 Beijing: The population of endangered Siberian tigers has gone up by 105 this year, bringing their total number to over 1,000 at a tiger park in China's northeast Heilongjiang Province.

Over the past decade, the Siberian Tiger Park, the largest Siberian tiger breeding and field training centre in the world, has adopted planned breeding of tigers in a move to protect strong genes among the species' population.

"The number of artificially bred Siberian tigers in the park is not 'the more the better'," said Liu Dan, chief engineer of the park.

"We have been strictly controlling their population to ensure the quality of the species," a state-run China Daily quoted him as saying.

Currently, there are more than 1,000 Siberian tigers at the park.

All the tigers have undergone wildness training to make them efficient predators, Liu said.

Siberian tigers are among the world's 10 most endangered species and mostly live in northeast China and eastern Russia.

China established the Siberian Tiger Park in 1986 with only eight Siberian tigers.