Tropical forests may be absorbing far more carbon dioxide in response to its rising atmospheric levels than many scientists thought, a new NASA-led study says. 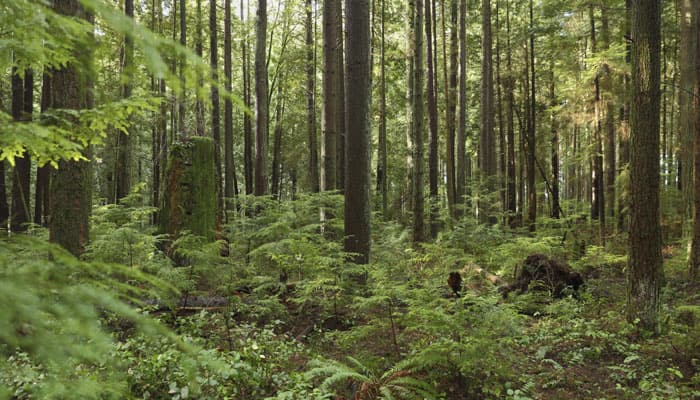 Washington: Tropical forests may be absorbing far more carbon dioxide in response to its rising atmospheric levels than many scientists thought, a new NASA-led study says.

Tropical forests absorb 1.4 billion metric tonnes of carbon dioxide out of a total global absorption of 2.5 billion - more than what is absorbed by forests in Canada, Siberia and other northern regions, called boreal forests.

"This is good news because uptake in boreal forests is already slowing, while tropical forests may continue to take up carbon for many years," said David Schimel of NASA's Jet Propulsion Laboratory in Pasadena, California.

Forests and other land vegetation currently remove up to 30 percent of human carbon dioxide emissions from the atmosphere during photosynthesis.

The study is the first to devise a way to make comparisons of carbon dioxide estimates from many sources at different scales.

Researchers made use of atmospheric models, satellite images, data from experimental forest plots.

"Until our analysis, no one had successfully completed a global reconciliation of information about carbon dioxide effects from the atmospheric, forestry and modeling communities," said Joshua Fisher of JPL and co-author.

As human-caused emissions add more carbon dioxide to the atmosphere, forests across the globe are using it to grow faster, reducing the amount that stays airborne.

This effect is called carbon fertilisation.

"All else being equal, the effect is stronger at higher temperatures, meaning it will be higher in the tropics than in the boreal forests," Schimel pointed out.

The study appeared online in the journal Proceedings of National Academy of Sciences.