Officials from over 190 nations, including India, today converged here at the UN climate summit to negotiate on a new ambitious and binding deal to cut global carbon emissions, in the last chance to reach on a historic deal to be signed next year in Paris. 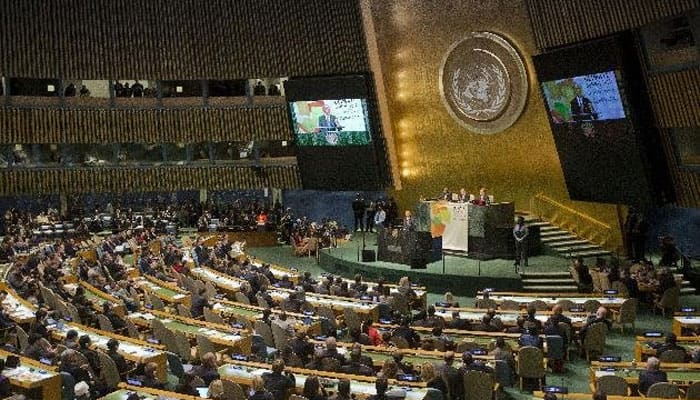 Lima (Peru): Officials from over 190 nations, including India, today converged here at the UN climate summit to negotiate on a new ambitious and binding deal to cut global carbon emissions, in the last chance to reach on a historic deal to be signed next year in Paris.

Negotiations have been ongoing for 20 years, as the UN continues to bring its member countries together to help curb the damaging effects of coal burning and gasoline use, among other sources of pollution.

During the 12-day summit in the Peruvian capital, countries will put forward what they plan to contribute to the 2015 pact in the form of Intended Nationally Determined Contributions (INDCs) by the first quarter of 2015, well in advance of the Paris conference in December.

The Lima conference needs to provide final clarity on what the INDCs need to contain, including for developing countries who are likely to have a range of options from, for example, sector-wide emission curbs to energy intensity goals.

Environment Minister Prakash Javadekar leads India's 17- member delegation to negotiate terms for the final agreement to be signed in Paris, which will take effect in 2020.

Ahead of the summit, a report by UN Intergovernmental Panel on Climate Change warned that populous coastal cities Mumbai and Kolkata are most vulnerable to loss of life and properties due to flooding in the second half of the century.

"Never before have the risks of climate change been so obvious and the impacts so visible. Never before have we seen such a desire at all levels of society to take climate action," said Christiana Figueres, Executive Secretary of the UN Climate Convention.

The UN report warned against extreme weather events like occurrence of heatwave, heavy precipitation, droughts, floods, cyclones and wildfire that cause damage to ecosystems and human systems in various regions.

It suggested that given the current levels of greenhouse gases in the atmosphere and top polluters' expected emissions in the coming years, it may be impossible to stop the planet from warming to the breaking point of 2 degrees Celsius.

The overarching goal of the Peru summit, which may stretch beyond 12 days if issues remain unresolved, is to have domestic plans in place to reduce emissions, which they would be held to once the Paris 2015 agreement is signed.

In previous years, agreements like the 1997 Kyoto Protocol did not require countries like India and China to commit to any cuts, but that has changed in light of emissions rates and economic growth.

The agreement between the two biggest polluters will provide momentum, and pressure, for other countries to announce similar plans. For India, experts said, emissions reductions are only expected by 2040.

The Indian delegation will be in hundreds of meetings and discussions in Lima involving several concurrent themes within the climate change negotiation framework.
The focus, however, will be on two main issues: developed countries' actions before 2020 and the structure of country commitments for the 2015 agreement.

Since the Paris agreement will only come into effect in 2020, developed countries previously agreed that emissions reduction efforts would be ramped up between now and then.

The developed world has fallen short of its commitments. Any inaction on their part will likely fall onto the laps of countries like India in the post-2020 era in order to compensate.
The Indian delegation will likely push one last time in Lima for solid action from developed countries to ensure a more fair agreement next year.

India will also negotiate vigorously on the structure of the INDCs, which are the domestic plans for emissions cuts to be included in the 2015 agreement and supposed to be set by March 2015.

India and other developing countries want these INDCs to focus less on mitigation and more on adaptation mechanisms, binding financial commitments, and technology sharing - terms which developed countries have been arguing against fiercely for years citing population and economic growth, politics, and global responsibility as reasons.