Use glass-free strings to fly kites this Sankranti, urges PETA

Looking at the rising number of bird injuries due to the use of glass-coated strings 'manja' by the kite flyers in India on Makar Sankranti festival, PETA urges people to go for standard cotton strings instead. 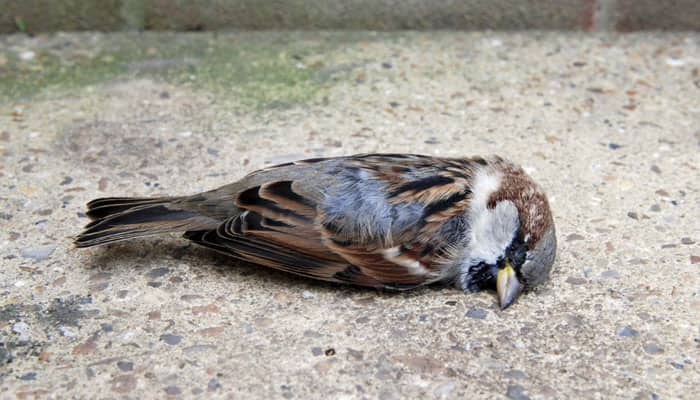 Jaipur: Looking at the rising number of bird injuries due to the use of glass-coated strings 'manja' by the kite flyers in India on Makar Sankranti festival, PETA urges people to go for standard cotton strings instead.

People for the Ethical Treatment of Animals (PETA) will hold a demonstration outside Albert Hall Museum here on January 12 with activists dressed as "injured" people, wrapped in bandages and hobbling on crutches to create awareness among locals about "kind kites" and urging them to switch from using glass or metal-coated manja to cotton strings for flying kites.

According to a PETA spokesperson, the activists aim is to spread the message "Manja is harmful to birds and people" to remind citizens that thousands of birds and human beings have been injured or killed by glass-coated kite strings.

"Most people care about wildlife and would choose manja-free kite strings if they knew that it would spare birds and people the risk of serious injury and death," says PETA Campaigns Strategist, Nikunj Sharma.

PETA is urging the government to ban the sale and use of all forms of sharp 'manja' and encourage people to make the switch this Makar Sankranti for everyone's safety, he added.

The animal rights body has warned that the manja used in kite-flying competitions during the festival is often coated with powdered and finely crushed glass and is deadly for thousands of birds who get slashed, wounded and killed when they become entangled in the strings.

Glass-coated manja, which can remain entangled in trees and poles for weeks following a contest, has also caused human injuries and deaths.

In January last year, it was reported that the Jaipur police banned the sale of sharp metallic (glass coated) and Chinese manja. However, on December 7, 2014, a two-and-a-half year old boy was seriously injured when a sharp manja caused deep cuts on his face and neck.

The metal-coated kite string, if come in contact with power lines, causes blackouts and can result in electrocution.

A bird rescuer in Ahmedabad estimates that around 2,000 birds are injured every year during Uttarayan in the city including pigeons, kites and vultures and that 500 of them succumb to their injuries.