An electrical device which can be attached to an ankle, surfboard or kayak is able to prevent more than 90 per cent of shark encounters, Australian scientists have found. 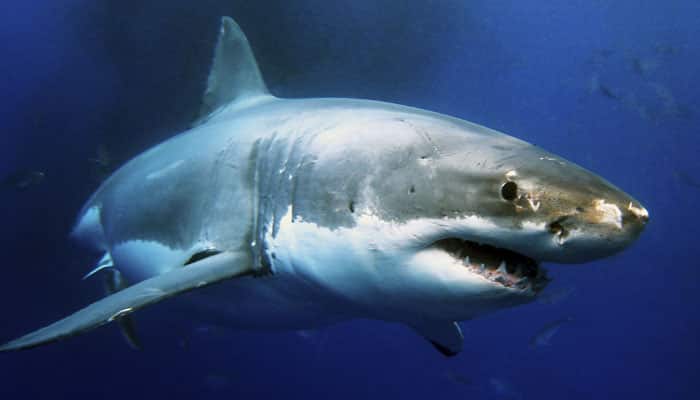 Melbourne: An electrical device which can be attached to an ankle, surfboard or kayak is able to prevent more than 90 per cent of shark encounters, Australian scientists have found.

Researchers from the Neuroecology Group at The University of Western Australia tested the effectiveness of a range of novel and commercial shark deterrents.

The shield emits a strong electric field, which is designed to interfere with the shark's electroreceptive system, a network of sensors on the shark's head. It is widely used by divers in Western Australia (WA).

The team conducted tests with reef sharks off the WA coast and with great white sharks off the coast of South Africa using two baited test rigs - one fitted with the deterrent device and one without.

Researchers also tested another commercially available electronic shark deterrent but it did not appear to have any effect on sharks.

Of the three, only bubbles were found to have any effect on great white sharks - and even then the effect was limited to sudden, directed bursts of bubbles.

Professor Mohammed Bennamoun's team from UWA's School of Computer Science and Software Engineering has also developed advanced computer algorithms that allow for the automatic detection, identification and tracking of sharks from aerial videos.

The system is powerful enough to distinguish sharks from other marine objects such as swimmers, boats and dolphins.

Human sense of smell can act like GPS in the dark