Fruit flies also exhibit similar emotions as we do when encountered with a stimulus, finds a new California Institute of Technology (Caltech) study. 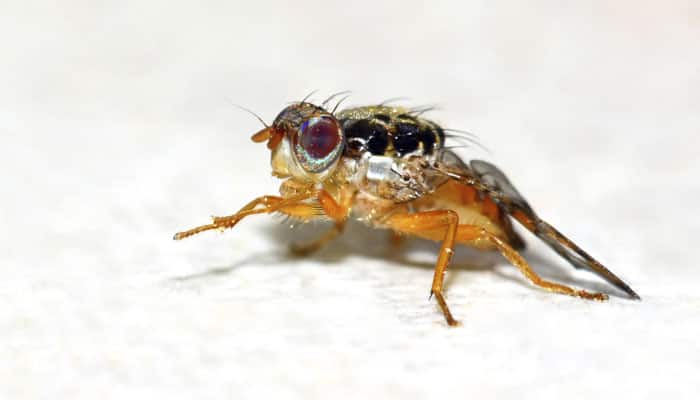 New York: Fruit flies also exhibit similar emotions as we do when encountered with a stimulus, finds a new California Institute of Technology (Caltech) study.

The researchers studied the phenomenon by deconstructing the idea of an emotion into basic building blocks -- so-called emotion primitives.

"There has been ongoing debate for decades about what 'emotion' means, and there is no generally accepted definition," said lead researcher David Anderson.

"We put forth the view that emotions are a type of internal brain state with certain general properties that can exist independently of subjective, conscious feelings, which can only be studied in humans," he added.

First author William T. Gibson explained that emotions can be broken down into these emotion primitives much as a secondary colour, such as orange, can be separated into two primary colours - yellow and red.

The emotion primitives analysed in the fly study can be understood in the context of a stimulus associated with human fear: the sound of a gunshot.

Repeated exposure to the stimulus should also produce a greater emotional response -- a primitive called scalability. For example, the sound of 10 gunshots would make you more afraid than the sound of one shot.

Gibson said that another primitive of fear is that it is generalised to different contexts, meaning that if you were eating lunch or were otherwise occupied when the gun fired, the fear would take over, distracting you from your lunch.

The researchers chose to study all these primitives by observing the insects in the presence of a fear-inducing stimulus.

The researchers analysed the flies' responses to the stimulus and found that the insects displayed all of these emotion primitives.

"It suggests that the flies' response to the threat is richer and more complicated than a robotic-like avoidance reflex," Anderson said.

The study was published online May 14 in the journal Current Biology.