How mosquitoes sniff out ''tasty'' humans before biting

Whatever bug repellents, scents or candles you may try to avoid mosquito bites, you just cannot avoid them as mosquitoes have evolved a triple threat of visual, olfactory and thermal cues to bite us, biologists have discovered. 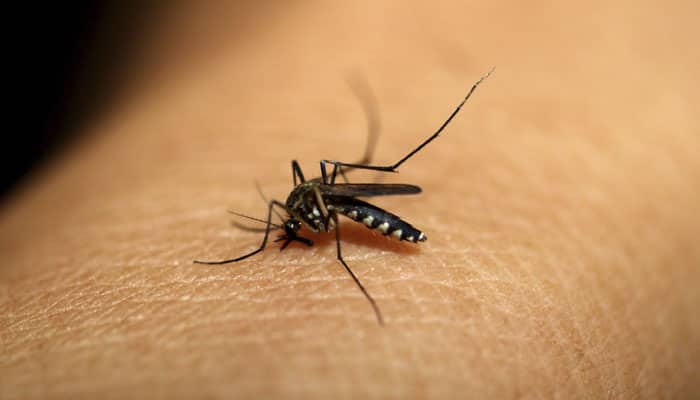 Washington: Whatever bug repellents, scents or candles you may try to avoid mosquito bites, you just cannot avoid them as mosquitoes have evolved a triple threat of visual, olfactory and thermal cues to bite us, biologists have discovered.

So, the minute they employ a razor-sharp sense of smell to tip them off that a warm-blooded meal is nearby, mosquitoes then use vision and other senses to hone in on the feast, revealed the team from University of Washington and the California Institute of Technology.

The bite occurs this way.

From 10 to 50 metres away, a mosquito smells a host`s carbon dioxide (CO2) plume.

As it flies closer - to within five to 15 metres - it begins to see the host.

Then, guided by visual cues that draw it even closer, the mosquito can sense the host`s body heat and decide to leave its mark. This occurs at a distance of less than a metre.

To find this out, the researchers released hungry, mated female mosquitoes into a wind tunnel in which different sensory cues could be independently controlled.

In one set of experiments, a high-concentration CO2 plume was injected into the tunnel, mimicking the signal created by the breath of a human.

In controlled experiments, the researchers also introduced a plume consisting of background air with a low concentration of CO2.

When a concentrated CO2 plume was present, the mosquitoes followed it within the tunnel as expected, whereas they showed no interest in a control plume consisting of background air.

Next, the team did the same CO2 plume experiment but this time they provided a dark object on the floor of the wind tunnel.

They found that in the presence of the CO2 plumes, the mosquitoes were attracted to the dark high-contrast object.

In the wind tunnel with no CO2 plume, the insects ignored the dark object entirely.

While it was no surprise to see the mosquitoes tracking a CO2 plume, "the new part that we found is that the CO2 plume increases the likelihood that they will fly toward an object".

"That means that they smell the CO2, then they leave the plume, and several seconds later they continue flying toward this little object. So you could think of it as a type of memory or lasting effect," the researchers explained in a paper that appeared in the journal Current Biology.

In an separate experiment, they found that mosquitoes showed a preference for the warm object.

But contrary to the mosquitoes` visual attraction to objects, the preference for warmth was not dependent on the presence of CO2.

"A mosquito can see a visual feature from much further away so that happens first. Only when the mosquito gets closer does it detect an object`s thermal signature," van Breugel said.

"Till date, very little was known about what a host looks like to the mosquito and how a mosquito decides where to land and begin to feed till now," said biologist Jeff Riffell from University of Washington, co-author on the paper.

The work may help companies design better mosquito traps in the future.

Have a sweet tooth? Blame your genes