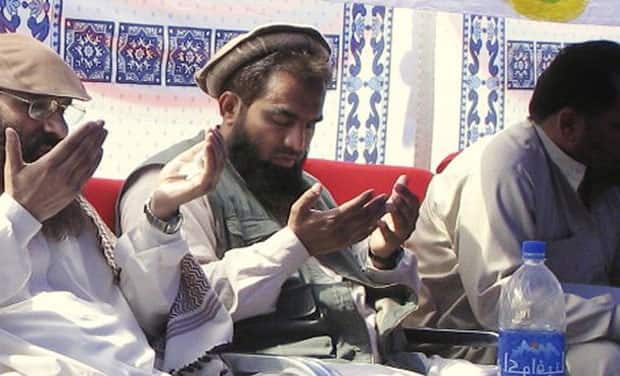 The arrest warrants were issued against Fazlullah and the others for storming the Karachi airport in June 2014, Dawn online reported. An earlier unconfirmed report, however, had said that the TTP chief had died in an airstrike in Afghanistan early Saturday.

At least 30 people, including all 10 attackers, were killed after an all-night gunfight with militants who besieged Karachi airport’s old terminal.

Claiming responsibility for the attack, TTP spokesman Shahidullah Shahid had said that the attack was carried out to avenge the death of Hakimullah Mehsud, former TTP chief who was killed in a US drone strike earlier this year.

Meanwhile, Sartaj Aziz, the Pakistani prime minister's advisor on national security and foreign affairs, said that Lakhvi has not been released and the government was reviewing a petition regarding his case.

An anti-terrorism court in Islamabad Thursday had granted bail to Lakhvi, one of the seven people charged with planning and helping to carry out the Nov 26-29, 2008, Mumbai terror attack that killed 166 people.

India had expressed its strong concern over bail being granted to Lakhvi.

On Saturday, a dozen terrorists were killed in separate operations across the country, including in Peshawar where 132 school children were massacred by the Taliban.

As Pakistan battled terrorists, news came in that TTP chief Fazlullah was killed in an airstrike inside Afghanistan early Saturday.

An unverified Twitter account of the Pakistan defence ministry stated early Saturday: "News of Fazlullah's killing is being confirmed by Ministry of Defence."

The army has been waging a major offensive against the Taliban and other militant strongholds in the restive tribal areas along the Afghan border for the last six months.

Pakistan President Mamnoon Hussain Saturday said that the whole nation was united in the fight against terrorism which would be eliminated from the country at all costs.

He said the Peshawar tragedy has united the nation and people were now seeking the complete elimination of terrorists to make the country safe.

Reports from different parts of the country showed that security forces were determined to take on all terrorists.

Meanwhile, at least four militants were killed in a US drone strike in North Waziristan region.

Intelligence sources said the drone fired a missile at a compound in Datta Khel area which killed the militants.

At least five militants were killed in a clash between security forces and militants in Peshawar city.

The police, which has been on its toes since the horrific terror strike in Peshawar, killed two terrorists following a gun battle in the port city of Karachi.

With a fierce battle being waged against the terrorists, Umar Mansoor, the terrorist who supervised the Peshawar school massacre, has threatened more attacks if the military and the intelligence agencies did not stop anti-terror operations.

Now that the moratorium on capital punishment has been lifted by Prime Minister Nawaz Sharif following the attack on the Peshawar school, Punjab Home Minister Shuja Khanzada said eight terrorists on death row in Pakistan would be executed in prisons across Punjab province Saturday.

The executions will be carried out at the Kot Lakpat, Adiala and Bahawalpur jails, Geo TV reported.

A Pakistani anti-terrorism court Friday ordered the execution of two other terrorists who had been sentenced to death in 2004 on charges of sectarian murder. Both have been shifted to Faisalabad jail from Lahore and are scheduled to be executed Tuesday.

The Sukkur jail authorities in Karachi also requested another anti-terrorism court to order the execution of two prisoners, Behram Khan and Shafqat Hussain, in separate cases.

The executed terrorists were Usman, who was sentenced to death for his role in the 2009 attack on the Pakistani Army headquarters in Rawalpindi and Arshad Mehmood, a security force personnel, for his involvement in the 2003 assassination bid on then military ruler General Pervez Musharraf.