Hours after the US warned Pakistan of consequences in case of any cross-border terror attack during President Barack Obama's India trip, Islamabad has assured Washington of safety, reports said Monday. 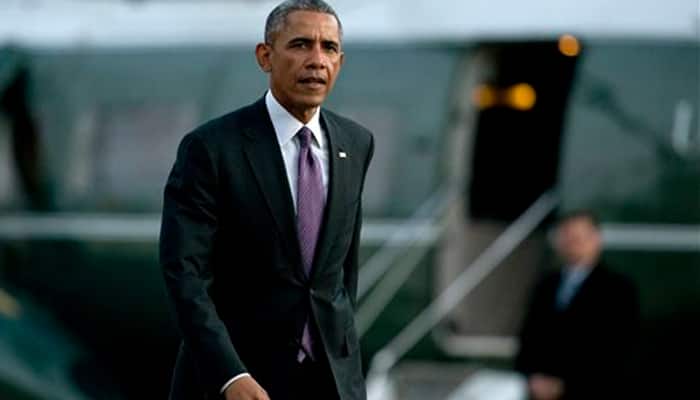 Islamabad: Hours after the US warned Pakistan of consequences in case of any cross-border terror attack during President Barack Obama's India trip, Islamabad has assured Washington of safety, reports said Monday.

Pakistan's quick assurance to the US comes as just last week US Secretary of State John Kerry visited Islamabad and announced US assistance worth $250 million to the country.

But the aid did not come without a warning as Kerry made it clear that Pakistan must fight militant groups that threaten its neighbours including India.

Just days before Obama is to land in India, the US dished out a clear warning to Pakistan to ensure that no terror activity from across the border should play spoilsport with the President's India visit.

The US has also warned of "consequences" in case of any terrorist attack during Obama's trip if that is traced back to their country, the PTI reported.

The US warning comes in wake of previous instances when Pakistan-based militant groups have carried out attacks in India coinciding with high-profile visits from the US.

Militants had shot dead 36 Sikhs in March 20, 2000, in the Anantnag district of Jammu and Kashmir, coinciding with the visit of the then US President Bill Clinton to India.

Also, a top Indian Army commander had recently warned that Pakistan-trained terrorists are planning to target soft targets including schools and civilian areas ahead of US President Barack Obama's visit later in January.

Meanwhile, as US President Barack Obama is set to grace the Republic Day celebrations by being the chief guest for the parade, New Delhi has turned into a fortress with a seven layer security ring in place around the VVIP enclosure at the venue and the airspace over the area would be monitored by a radar to be specially set up.

The US and Indian security agencies are taking extra care for Obama as he will be on an open air platform at Rajpath for more than two hours, witnessing the parade.

The US forces in Afghanistan are also keeping a close eye on the activities of the terrorist groups in the region. The US Embassy in Pakistan too has been alerted.

Ahead of the presidential trip, there is an unprecedented level of intelligence sharing between India and the US. At least 10,000 paramilitary troops will be deployed along with the 80,000-strong Delhi Police to ensure fool-proof security in and around Rajpath -- the main venue.