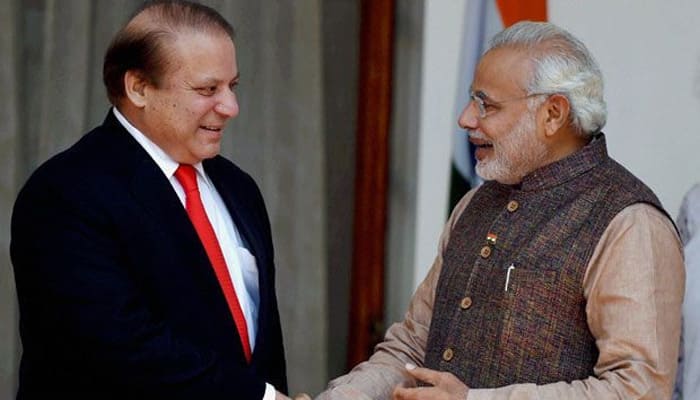 While extending wishes to his Pakistani counterpart, Modi prayed for Sharif's good health.

On his birthday, I convey my good wishes to Mr. Nawaz Sharif and I pray that Almighty blesses him with good health. @MaryamNSharif

Last week, PM Modi had shared Pakistan’s pain in the wake of the “dastardly” terror attack in a Peshawar school. Modi expressed “deepest condolences and all assistance” in the hour of grief.

As a mark of solidarity with Pakistan, Modi had appealed to all schools in India to observe 2 minutes of silence for the “senseless act of unspeakable brutality” in Peshawar, where terrorists attacked a school and 141 massacred people, almost all of them children, terming the incident as an “assault against the entire humanity”.

However, the PM expressed shock over bail given to 26/11 attacks Zakir-ur-Rehman Lakhvi by a Pakistan anti-terrorism court.

The release on bail of the former Lashkar-e-Toiba (LeT) commander after such a tragic incident had come as a "shock" to "all those who believe in humanity", Modi had said.

The Pakistan government has since announced that Lakhvi would remain in detention.

In an attempt to improve relations with the SAARC countries, Modi had invited all the heads of the states on his swearing-in ceremony. The Pakistani PM along with his Advisor on National Security and Foreign Affairs Sartaj Aziz, Special Assistant Tariq Fatemi and Foreign Secretary Aizaz Chaudhry had visited New Delhi to attend the ceremony.

However, lack of warmth between the two Prime Ministers at the SAARC summit in Nepal was reflective of the sudden slide in Indo-Pak ties.

However, with the intervention of the SAARC leaders, Modi shook hands with Sharif at a mountain retreat outside Kathmandu before the curtain went down on the conference.