The first Trajectory Correction Manoeuvre of India`s maiden mission to Mars was today carried out successfully by ISRO scientists on the spacecraft, which is presently travelling some 2.9 million kms away from Earth. 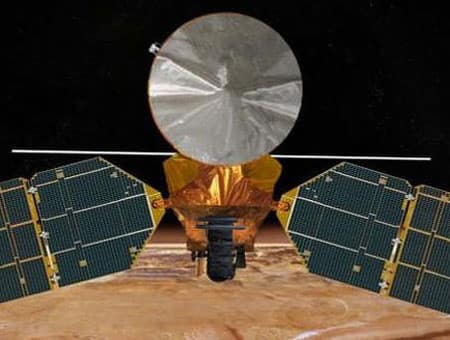 Chennai: The first Trajectory Correction Manoeuvre of India`s maiden mission to Mars was today carried out successfully by ISRO scientists on the spacecraft, which is presently travelling some 2.9 million kms away from Earth.

"The first Trajectory Correction Manoeuvre (TCM) of Spacecraft was carried out successfully at 06:30 hrs (IST) by firing the 22 Newton Thrusters for a duration of 40.5 seconds. The spacecraft is travelling at a distance of about 29 lakh (2.9 million) km away from Earth," ISRO said in a statement.

The TCMs fine tune the trajectory of the spacecraft to keep it travelling in the intended track towards the red planet.

Ever since the successful Trans-Mars Injection on December 1, MOM navigators were spending days ranging and measuring the spacecraft`s velocity and precisely determined its flight path to come up with the required correction in the path, ISRO said in its official Facebook page.

"Based on this, the firing duration and delta-v has been calculated which will correct the deviations before they have a chance to grow large. During the Trajectory Correction Manoeuvre, accelerometers on board MOM gives the information when the desired delta-v is achieved," it said.

Earlier, the spacecraft was rotated from its nominal orientation to the orientation required for the first TCM.

Today`s correction was carried out by the computer on board the spacecraft, since the amount of time required for the signal to go and return was about 20 seconds, as MOM was already travelling about some 2.9 million km away, ISRO said.

"MOM team is gaining hands-on experience in handling the communication delay as it keeps increasing gradually," it said.

Four TCMs are planned to fine tune the trajectory of the spacecraft so as to keep it in the precise intended track.

ISRO had earlier said MOM was not taking the shortest route to the Red Planet, since accelerating and later decelerating to match the planet`s speed would require an extremely large amount of fuel in that option.

The propulsion system of MOM, which is to travel a total distance of about 680 million km, will be using monomethyl hydrazine as fuel and dinitrogen tetroxide as oxidizer during all the four TCMs.

The Mars Orbiter had earlier crossed a major milestone in the country`s space history by venturing out of Earth`s sphere of influence for the first time in an attempt to reach the red planet`s orbit.

ISRO performed the trans-Mars injection, a "crucial event" intended for hurling its Mars Orbiter spacecraft into the planned orbit around the Sun in the early hours of December 1, marking the first step towards the 300 day voyage to reach the orbit of the red planet after crossing roughly 680 million kilometres.

The national space agency`s PSLV C 25 successfully injected the 1,350-kg `Mangalyaan` Orbiter (Mars craft) into the orbit around the earth some 44 minutes after the launch at 2.38 PM from the Satish Dhawan Space Centre at Sriharikota on November 5, marking the successful completion of the first stage of the Rs 450-crore mission.