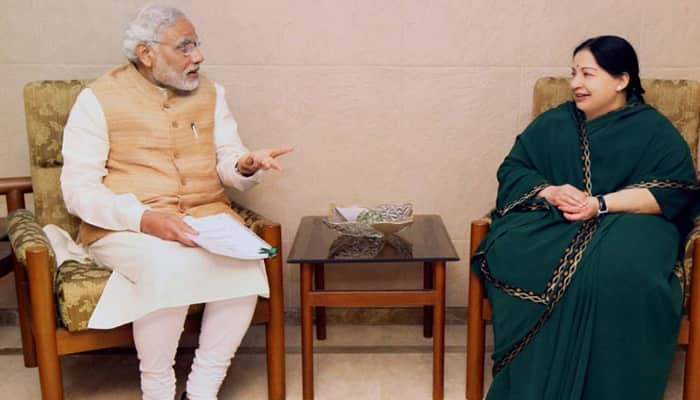 Hundreds of AIADMK workers had on Tuesday staged demonstrations at various places in the city and burnt effigies of Elangovan, protesting his alleged remarks against Chief Minister Jayalalithaa.

BJP national secretary H Raja has, meanwhile, filed a complaint with the state police chief seeking action against Elangovan for the "unpalatable remarks".

According to The Telegraph, government lawyers have filed a criminal defamation case on Jayalalithaa's behalf against the Tamil Nadu Congress chief and a news channel that telecast his speech.

"There is no political alliance between the BJP and the AIADMK. Why did the Prime Minister then visit Jayalalithaa? Everyone says they have a special friendship. Let the world know about it," Elangovan had said last week, referring to the Prime Minister's August 07 meeting with Jayalalithaa at her home.

Demanding "an unconditional apology", AIADMK spokesperson CR Saraswathi said: “It is like our own mother being defamed. The world knows our Amma used the meeting only to present demands for the state's development. Elangovan, in spite of his experience, chose to give it a perverse twist."

Elangovan, however, refused to tender an apology.

"I only implied there was an unwritten understanding between the BJP and the AIADMK. I'm not apologising for something that's being misinterpreted," he said yesterday.