He said further details of the incident were awaited. 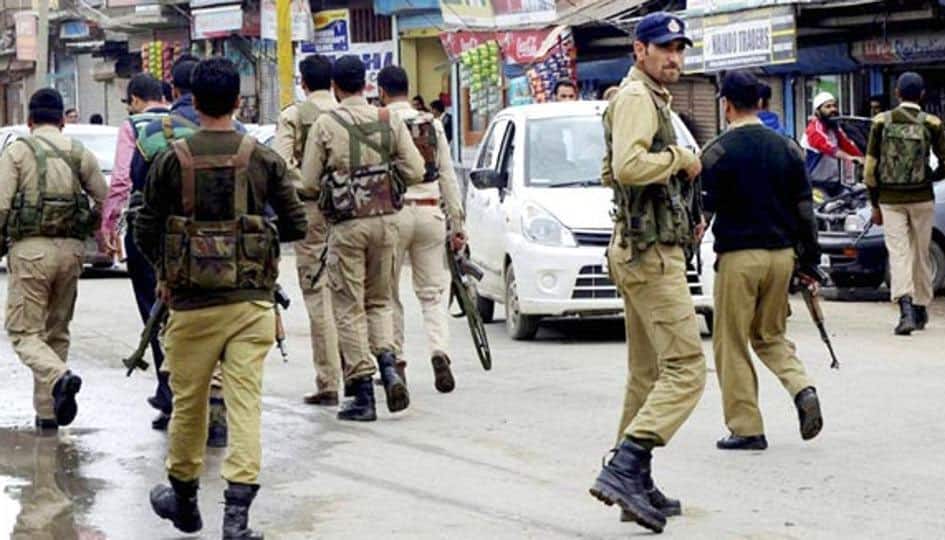 Srinagar: Hizbul Mujahideen terrorists today carried out a major attack in Kashmir, killing seven people, including five policemen, after dragging them out of a banks cash van in Kulgam district.

The cash van of the Jammu and Kashmir Bank, which was returning to Kulgam district headquarter from Damhal Hanji Pora, was waylaid by a group of heavily-armed terrorists this afternoon, police said.

The terrorists pulled out the five police personnel and two bank employees from the vehicle and shot them from point blank range, a police official said.

While four cops and two bank employees -- including a bank security guard -- died on the spot, the fifth cop succumbed to injuries at a hospital, the official said.

Among the deceased is an Assistant Sub Inspector of Police. The attack took place at Bomai at around 4:15 pm, said Inspector General of Police (IGP) Kashmir, S J M Gilani.

"Our five police personnel were martyred. Two civilians (bank employees), who were in the van, were also martyred in the attack,? he said. He said the militants took away four weapons which were being carried by the guards.

A spokesperson of the Hizb told a local news gathering agency that its cadres had decamped with four weapons from the scene of the attack. ?During our preliminary investigation, the name of a local terrorist from Kulgam, Umar Majeed, and two of his associates, has come up,? Gilani told reporters here.

In another incident, militants targeted a senior police officer in Pulwama district but he escaped unhurt.

Militants fired at the vehicle of Deputy Superintendent of Police Farooq Ahmad at Dangerpora in Pulwama district this evening, a police official said.

He said the security personnel escorting the officer returned the fire, forcing the militants to flee.

No one was hurt in the brief exchange of fire, he added.