A day after the family members of Shahjahanpur-based journalist Jagendra Singh urged for a Central Bureau of Investigation (CBI) enquiry into his alleged murder case, Rahul Singh, the son the deceased has claimed that few ministers of the ruling Samajwadi Party (SP) are putting pressure on him and his family to take back the case. 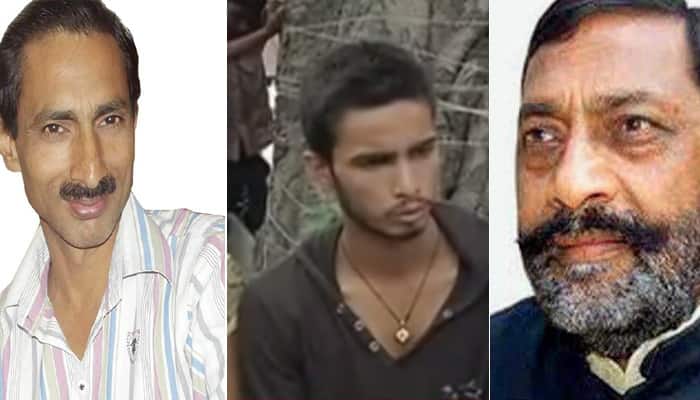 Lucknow: A day after the family members of Shahjahanpur-based journalist Jagendra Singh urged for a Central Bureau of Investigation (CBI) enquiry into his alleged murder case, Rahul Singh, the son the deceased has claimed that few ministers of the ruling Samajwadi Party (SP) are putting pressure on him and his family to take back the case.

Speaking exclusively to Zee Media Corp, Rahul said, “Ministers are ready to offer any amount to compensate my father's death, as if some betting is going on. One is offering Rs 10 lakh while the another is ready to give Rs 20 lakh. They are luring us and can go to any extent so that we take back the case.”

“They are even ready to provide job to me and my brother. One minister has even said that they will give me a top position at Zila Panchayat, where I will be getting Rs 35000 per month. Also, the ministers have said that they are ready to give Rs 10 lakh along with the job,” Rahul added.

In an veiled attempt to threaten Jagendra's family, as per Rahul, the ministers said, “Think twice about taking any step. This media will not be with you always. If we put Rs 50,000 in an envelop and put into their pockets nobody will come to rescue you and your family.”

Further talking to Zee News reporter Pawan, Rahul said, “SI Vinod Mishra told us that your father has burnt himself and the minister has not done anything. You do one thing, take Rs 8-10 lakh for your father's treatment. We will also provide you government job.”

Although the Uttar Pradesh government had yesterday suspended five policemen who are suspected to be involved in the alleged murder case, the family members are reiterating their demands of a CBI probe into the said case.

In order to put pressure on the state government for meeting their demands, the family members of late Jagendra Singh have started a hunger-strike from today, demanding arrest of the accused.

Further talking to Zee News, son of late Jagendra Singh said that he wants UP minister Ram Murti Verma and other five accused to be arrested.

The death of Singh due to burn injuries had led to a major controversy in Uttar Pradesh.

Singh succumbed to his burn injuries in a Lucknow hospital a week later on June 8.

Shahjahanpur Police, earlier, registered a criminal FIR against eight persons, including the minister, in connection with the case. However, no arrests have, been made so far.

Sporadic rain brings down temperature in UP