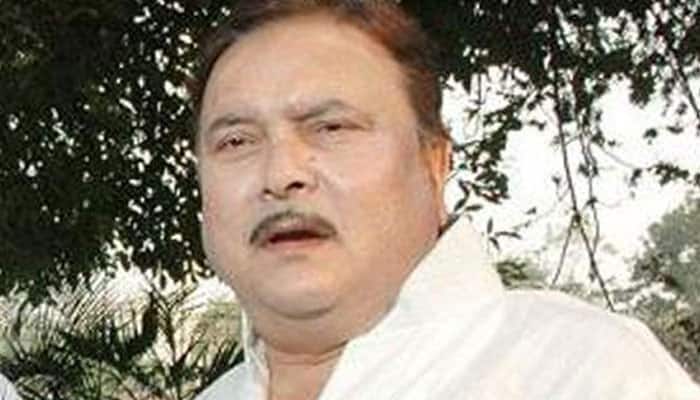 Kolkata: West Bengal Transport Minister Madan Mitra, who was arrested in connection with the Saradha scam by the CBI, was on Friday remanded to judicial custody till January 2.

ACJM of Alipur court Haradhan Mukherjee remanded Mitra for a 13-day jail custody while CBI had prayed for 14 days.

Prosecution counsel told the court that Saradha is a major financial scam which affected lakhs of people, and as Mitra was holding a high position, he might tamper with evidences if released on bail.

The counsel said that for collecting more evidences, judicial custody of Mitra was required. If required, CBI might also pray for his custody during the period till January two, he said.

Mitra, who was arrested by CBI on December 12, told the court that he was made to sit alone in the room in CBI office and the officers were forcing for his voice samples and to take West Bengal Chief Minister Mamata Banerjee's name.

The minister said he refused to allow taking voice samples as it was rejected by the same court.

Defence counsel Ashok Mukherjee maintained that Mitra's name was not in the chargesheet where nine names were included.

He said Mitra's involvement in the case was yet to be ascertained and hence his further custodial stay was not required.

Meanwhile, the judge rejected a CBI application regarding interrogation of five charge-sheeted persons in Saradha case who are in jail.

The judge asked CBI to file the application later and serve notice to the parties concerned.