A Yemeni man whose two relatives were slain in a US drone strike in 2012, has filed a lawsuit against the President Barack Obama, former defense secretary Leon Panetta and former CIA chief David Petraeus. 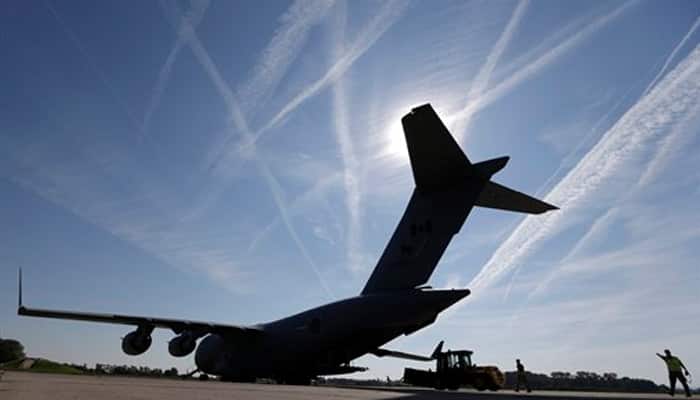 Sanaa: A Yemeni man whose two relatives were slain in a US drone strike in 2012, has filed a lawsuit against the President Barack Obama, former defence secretary Leon Panetta and former CIA chief David Petraeus.

The 43-page lawsuit has been filed by a Yemeni named Faisal bin Ali Jaber who lost his brother-in-law Salem bin Ali Jaber, a 43-year-old anti-al Qaeda imam, and his nephew Waleed bin Ali Jaber, a 26-year-old police officer, when American Hellfire missiles landed in the village of Khashamir on August 29, 2012.

Faisal, who filed the lawsuit in a federal court in Washington DC, is represented by a rights group named Reprieve and pro bono counsel at law firm McKool Smith.

The bereaved Weinstein+LoPorto families rightly had an apology from @POTUS. Now a Yemeni family is suing for the same http://t.co/bTqPdr8LzB

The lawsuit, first reported by the New York Times, notably does not demand any monetary compensation.

Faisal in his 43-page filing, has instead asked the US government to declare that the drone strike that killed his two relatives in 2012 was unlawful.

Citing Obama's April apology over the accidental drone deaths of two Western hostages -an American and an Italian citizen held in Pakistan – Warren Weinstein and Giovanni Lo Porto, the lawsuit complains about the President's biased approach in handling his case.

According to the rights group Reprieve, Faisal had in November 2013 visited Washington DC and met to discuss the strike with Senators and White House officials. Though, many of the individuals Faisal met offered personal regrets for the deaths, however the US government has refused publicly to acknowledge or apologise for the attack.

“There is a simple question at the heart of this claim. The president has now admitted to killing innocent Americans and Italians with drones; why are the bereaved families of innocent Yemenis less entitled to the truth? questions Faisal's lawsuit.