Fire breaks out at popular market in central Cairo, at least 50 wounded

At least 50 people including firefighters suffered minor injuries on Monday when a fire spread quickly through a commercial area in downtown Cairo, Egyptian officials said. 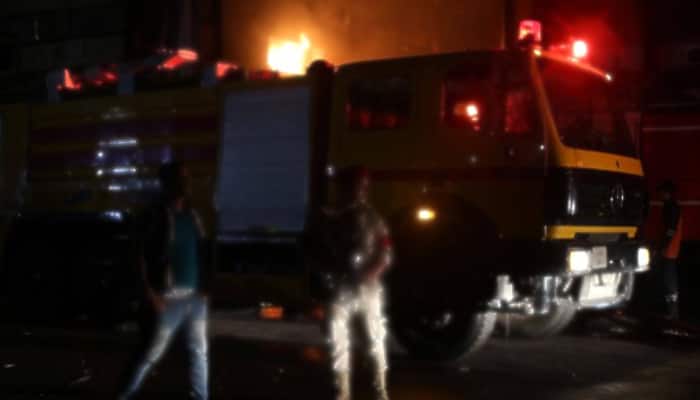 Cairo: At least 50 people including firefighters suffered minor injuries on Monday when a fire spread quickly through a commercial area in downtown Cairo, Egyptian officials said.

The fire erupted overnight in a small hotel in the Al-Mosky neighbourhood, not far from the Al-Azhar mosque, and moved rapidly to four nearby buildings, police told AFP.

The buildings included warehouses containing plastic materials which helped the fire to spread.

"At least 50 people were lightly injured, including firefighters, with most suffering from smoke inhalation and bruises but not burns," Ahmad Ansary, the head of the Egyptian ambulance authority, told AFP.

The cause of the blaze was not immediately known.

Firefighters were continuing to battle the blaze in the early morning but it seemed to be under control, according to live footage on Egyptian television.