The reach and influence of the dreaded terror group ISIS or the Islamic State is said to be widening by the day. 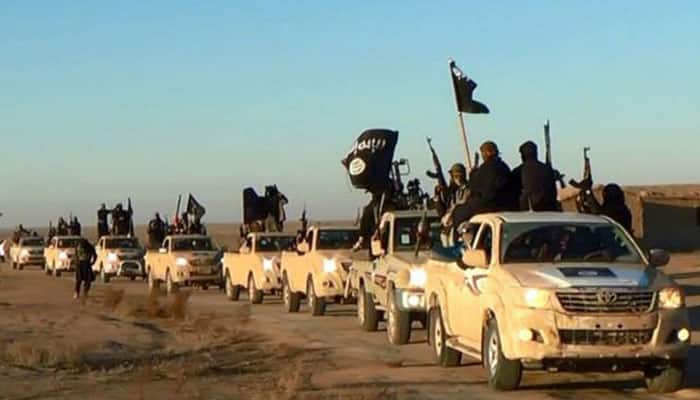 London: The reach and influence of the dreaded terror group ISIS or the Islamic State is said to be widening by the day.

As per reports the group now controls a territory which is the size of United Kingdom. It is also said to be making £600,000 a day from selling oil.

Not only this, its other source of income is ransom from hostages.

If reports are to be believed then the ISIS has a fighting force of 10,000 militants.

The ISIS expanded during the civil war in Syria. It swept into Iraq in June this year, seizing large areas of the country's Sunni-dominated northern and western provinces.

One of the main reasons for its rise in Syria and Iraq is said to be internal conflict in those countries and weak governments there.

As per a western daily, before ISIS took over the important city of Mosul, their net worth was $875 million (£515 million). Later they added another $1.5 billion to their assets by robbing banks and selling looted military supplies.

As of now, their total worth is reportedly well over £2 billion. It is making most of its money through the network of oil refineries across northern Iraq and Syria.

According to experts, crude is being sold by the barrel on the black market for between $25 and $65 and the ISIS may be making around $2 million (£1.2 million) a day.

Moreover, many countries and families pay ransoms to free their citizens or their loved ones from the clutches of the terror group. However, Britain and United Sates normally do not pay ransoms.

Another source of income for the Islamic State is the trading of antiquities. Some of the antiques are said to be up to 8,000 years old.

The group is said to have made around $36 million from selling these from just Syria.

At the same time, ISIS give their fighters some $400 a month along with military equipment, boot and so on. Reports say that as per intelligence agencies this is more than offered by any other group in the region.

However, some reports say that the ISIS is finding it difficult to maintain its gains and emerge as an energy player.

It lost its battle for one of Iraq's biggest oil fields in Kirkuk, with potential production of 600,000 barrels a day, and could not keep control of Iraq's largest refinery at Baiji.

What the militants do hold, Iraqi officials say, will need regular maintenance. So far, it is getting that work done only through intimidation of on-site engineers who are not loyal to the ISIS cause, as per PTI.

ISIS income from oil is falling as they struggle to control the personnel within refineries, Assim Jihad, a spokesman at Iraq's Oil Ministry, said.

"At first they got a large sum of money by seizing inventories, but this cannot last," he said.

The Iraq Energy Institute estimates IS is producing about 30,000 barrels a day in Iraq and 50,000 daily in Syria.

In the recent times the US has upped the ante against the terror group with air strikes by its war planes. The air strikes began in early August after ISIS fighters began targeting ethnic Yazidis and launching attacks toward the Kurdish regional capital of Irbil.

Th Iraqi and Kurdish forces have also launched offensive against the ISIS in a major way.

Meanwhile, US president Barack Obama had yesterday vowed to destroy the ISIS and said that justice would be served after it beheaded a second American citizen and put up the video on the internet.

In the video, the ISIS had blamed Obama's decision to conduct air strikes against the militant group in Iraq for the execution.

The video of another journalist, James Foley's execution was released last month.