More than 50 child soldiers recruited by the Islamic State group in Syria have been killed since the beginning of this year, a monitoring group said Wednesday. 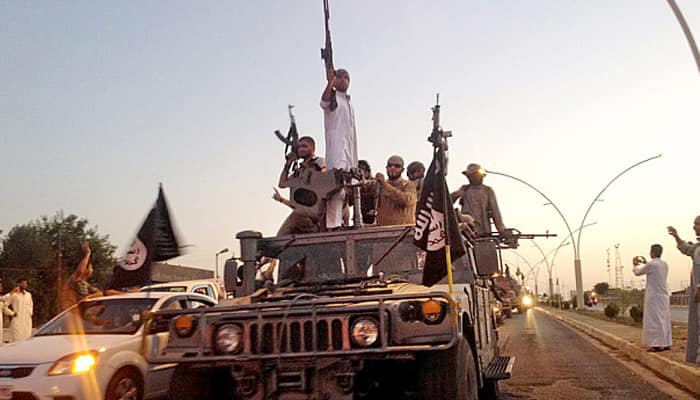 Beirut: More than 50 child soldiers recruited by the Islamic State group in Syria have been killed since the beginning of this year, a monitoring group said Wednesday.

The Syrian Observatory for Human Rights said it had documented the deaths of 52 child soldiers, all under the age of 16, who had been part of IS`s "Cubs of the Caliphate" program.

The programme provides intense military and religious training to children throughout IS`s areas of control in Syria, the Britain-based Observatory said.

As many as 31 were killed in July alone, in explosions, clashes, and air strikes by Syria`s regime and the US-led coalition.

The child soldiers are used to man checkpoints or gather intelligence from areas outside IS control, but IS has been increasingly using them to execute prisoners or conduct suicide attacks.

So far this year, IS has used eight children as suicide bombers, most recently in its fight against Kurdish militia in northeastern Syria.

"This shows that Daesh is exploiting the suffering of the Syrian people," said Observatory head Rami Abdel Rahman, using the Arabic acronym for IS.

"When a child reaches the point of becoming a suicide bomber, this means that he`s been completely brainwashed," Abdel Rahman told AFP.

The Observatory said it had received information on dozens more children killed, but that it could not confirm their deaths.

Also on Wednesday, Human Rights Watch criticised the Kurdish People`s Protection Units (YPG), which is fighting IS in Syria, of failing to meet a commitment to stop using children in combat.

It said the YPG had demobilised some children since June 2014, but that it was still using both boys and girls under 18 as fighters.

"The YPG promised to stop sending children to war and it should carry out its promise," said Fred Abrahams, HRW special adviser.

"Of course the Kurdish forces are fighting groups like IS that flout the laws of war, but that`s no excuse to tolerate abuses by its own forces."

HRW said many armed groups in Syria were using child soldiers, but that it hoped the YPG would "do more to stop the practice."

Syria`s conflict began in 2011 with anti-government protests, which degenerated into a civil war that has killed more than 230,000 people and forced millions to flee.