German Chancellor Angela Merkel said Thursday that Russia`s actions in Ukraine had eroded mutual trust with the West, speaking on the eve of a major NATO summit in Poland. 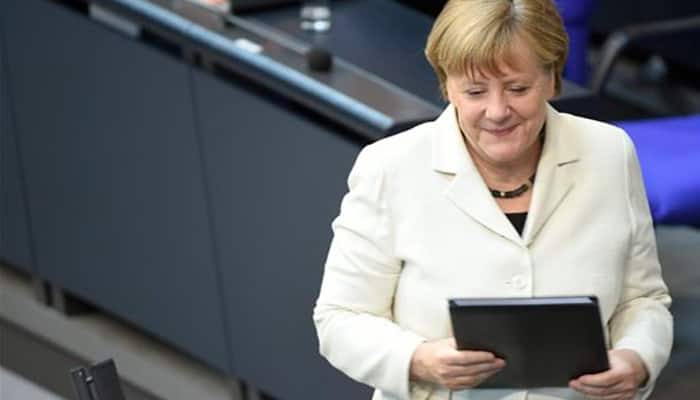 Berlin: German Chancellor Angela Merkel said Thursday that Russia`s actions in Ukraine had eroded mutual trust with the West, speaking on the eve of a major NATO summit in Poland.

"If through words and deeds the validity of (international) law and the inviolability of borders are questioned, then of course trust is lost," she told the German parliament.

When NATO leaders meet in Warsaw, "it will be in a phase in which the security situation has significantly changed in Europe," she said, also pointing at turmoil in Syria, Iraq and Libya.

The US-led alliance plans to finalise its biggest revamp since the collapse of the Soviet Union to counter what it sees as a revanchist and unpredictable Russia since the start of the conflict in eastern Ukraine and Russia`s 2014 annexation of Crimea.

Merkel said that "Russia`s actions have deeply disturbed our eastern allies" and require a "clear reassurance" of their safety under NATO`s Article 5 on collective defence.

The German leader -- a Russian speaker who has maintained dialogue with Russia`s President Vladimir Putin throughout the Ukraine crisis, despite their differences -- also said the West must keep talking with Russia.

"Deterrence and dialogue, the clear commitment to solidarity with our alliance partners pursuant to Article 5 of the NATO Treaty, and the outstretched hand of dialogue -- these are not contradictory, no they are indeed indivisible," she said.