A bunch of ISIS fighters sitting in a poorly-lit up room which resounds with an ugly cacophony interspersed by giggles. What could it be. Are they cracking jokes on each other or talking jovially about a recently carried out execution? No. 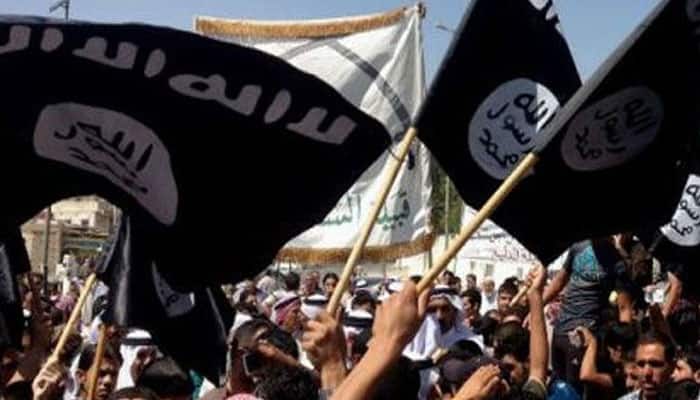 New Delhi: A bunch of ISIS fighters sitting in a poorly-lit room which resounds with an ugly cacophony interspersed by giggles. What could it be? Are they cracking jokes or boasting about a recently carried out execution? No.

It is actually a scene out of the ISIS' slave market day – a day every fighter gets his “share” — a Yazidi girl — reads the translation on a YouTube video. It shows how the barbaric fighters bargain for woman slaves, explaining how the prices vary according to the girls' physical details; for instance - the colour of her eyes.

According to a video tweeted by an Arabic TV reporter whose Twitter handle is @ jenanmoussa, the ISIS fighters on their so-called “slave market day” also called the “distribution day”, get to buy or sell their women slaves.

The video starts with a man happily declaring, “Today is the slave market day”.

“Today is the day where this verse applies - 'Except with their wives and the (captives) whom their right hands possess,- for (then) they are not to be blamed',” says a man dressed in black tunic.

“I swear man, I am searching for a girl. I hope I find her,” says another.

One of the ISIS fighters asks others if they are willing to sell their slaves. The video then shows some of the other jihadists who say they do not want their slaves and are ready to sell them.

Then starts the bargaining with one of the fighters willing to offer 1 banknote ($100) for a girl with blue eyes. Another raises the bid to 5 banknotes ($500) and demands a green-eyed Yezidi slave for the price.

An ISIS fighter who looks too keen to buy a girl expresses his concern over the age and physical appearance of his buy. He quips, “She doesn’t have teeth, why would I want her?”

"Put dentures for her...?" another fighter chips in.

The noisy bargaining is interspersed by giggles as a voice behind the camera asks a fighter (apparently a teenager) if he wants a girl and would he be able to handle her. The boy chuckles and nods, 'Yes'.

The video ends on a disturbing note as many ISIS fighters are seen huddled together with one saying: “Abu Fahd, Your Yezidi is dead”.

Thailand promises peace "within a year" in insurgency-hit south

Namaste India: Police misbehaves with a man in Mathura