In the undated video, ISIS threatened to attack France if bombings of its fighters in Syria continues. 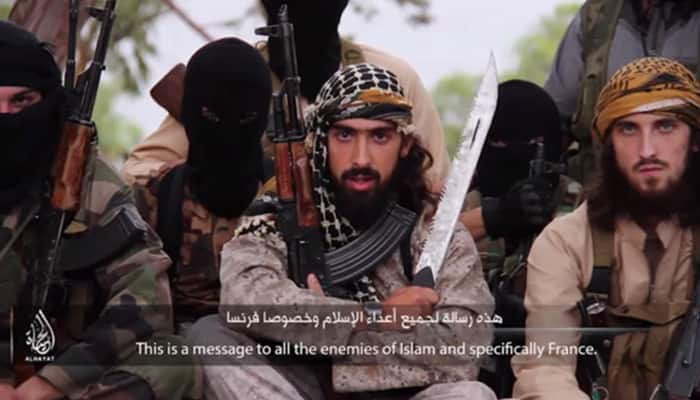 Paris: The Islamic State terror group, which has been blamed by French President Francois Hollande for carrying out multiple attacks in Paris on Friday evening, has warned France in a new video.

In the undated video released by the ISIS and which circulated on the Internet on Saturday, the terror group threatened to attack France if bombings of its fighters in Syria continues.

The group's foreign media arm, Al-Hayat Media Centre, made the threat through a militant who called on French Muslims to carry out attacks.

"As long as you keep bombing you will not live in peace. You will even fear traveling to the market," said the bearded Arabic-speaking militant, flanked by other fighters.

Gunmen and bombers, purpotedly belonging to the Islamic State, attacked restaurants, a concert hall and a sports stadium at locations across Paris on Friday, killing 127 people in a deadly rampage.