Some of the agitators tried to enter the refinery's premises through the main gate but were stopped by OISF personnel deployed there. 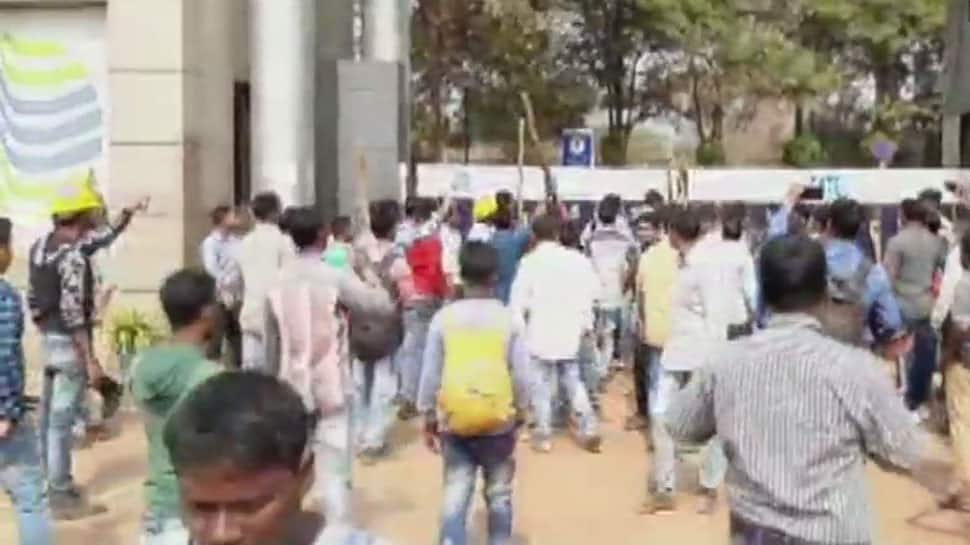 Bhawanipatna/Bhubaneswar: A security man was burnt to death by a mob and a protestor killed in clashes near the Vedanta alumina refinery in Odisha's Kalahandi district after locals demanding jobs tried to storm its premises on Monday, police claimed.

Twenty people were also injured in the clashes that broke out between Odisha Industrial Security Force (OISF) personnel and the protestors, police said.

The incident took place when residents of Rengopali and nearby villages were staging a demonstration near the refinery at Lanjigarh demanding jobs and other facilities, Kalahandi Superintendent of Police (SP) B Gangadhar said.

They were also demanding the admission of their children in a school run by the company and jobs to local youth at the refinery, police said.

Some of the agitators tried to enter the refinery's premises through the main gate, but were stopped by OISF personnel deployed there, they said.

The protesters fought a pitched battle with the security personnel and resorted to stone pelting in a bid to storm the refinery campus, police said.

The security men chased the mob away using batons and around 20 persons suffered injuries, a police officer said, adding that one of the agitators succumbed to injuries at a hospital.

He was identified as Dani Patra (35) from Chatrapur village.

The SP said some of the agitators vandalised the community service centre at the alumina plant and set afire OISF staff Sujit Kumar Minz, after locking him in a room.

"Our staff were attacked by the agitators and we had to act in our defence... They were extremely violent and refused to calm down despite several attempts," OISF Inspector Ashok Kumar Roul claimed.

A spokesperson of Vedanta Limited said the protests at the Lanjigarh plant led to violent agitation.

According to hospital authorities, one protester and one OISF staff succumbed to injuries, he said.

"We are deeply saddened by the news and we offer our condolences to the families of the deceased. We will offer full cooperation to the appropriate authorities, who will be looking into the incident.

"We appeal to the protesters not to resort to such acts when every situation can be resolved amicably through discussions," the spokesperson said.

The SP said prohibitory orders under Section 144 of CrPC have been imposed in Lanjigarh, as part of measures to prevent any flare up and fresh violence.

The situation is tense but under control, Gangadhar said.