According to ANI, Section 144 has been imposed in Bhadrak, Dhamnagar and Basudevpur areas following protests. 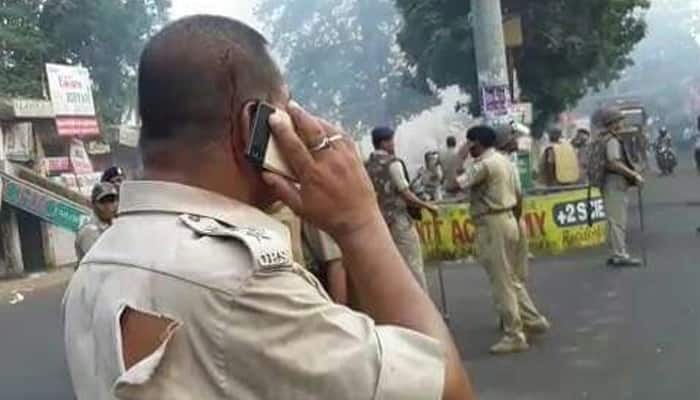 Bhubaneswar: Prohibitory orders were issued in Odisha's Bhadrak district on Saturday after protests broke out over Facebook post against Lord Ram.

Authorities have clamped Section 144, which prohibits assembly of more than four people in an area, at different places of the district and additional security forces have been deployed to thwart any untoward incident.

According to ANI, Section 144 has been imposed in Bhadrak, Dhamnagar and Basudevpur areas following protests.

The prohibitory orders will be in effect till 8 am on Sunday.

The state government has deployed 35 platoons of central forces in the affected areas to maintain law and order.

The state police have also detained 10 people for violent protests.

Union Minister of State for Petroleum and Natural Gas Dharmendra Pradhan has appealed to the people of Bhadrak for calm.

“Appeal all citizens of Bhadrak to stay calm,” ANI quoted the minister as saying.

Meanwhile, senior police officials told IANS that the situation has been brought under control.

"Barring a few incidents of shop-looting and ransacking, no large-scale violence or casualties have been reported so far. The overall situation is under control," it quoted DGP K.B. Singh as saying.

"People should not react to messages or rumours in the social media, rather they should help the administration in restoring peace," Singh added.

Odisha Chief Minister Naveen Patnaik has also appealed to the people to maintain calm and peace in Bhadrak.

"I sincerely appeal to all in Bhadrak for peace & harmony; have directed stringent action against any attempt to disrupt peace," Patnaik tweeted.