Didn't like how Mary Kom behaved with me after bout: Nikhat Zareen

Six-time world champion Mary won the bout by a split decision with the final score being 9-1. 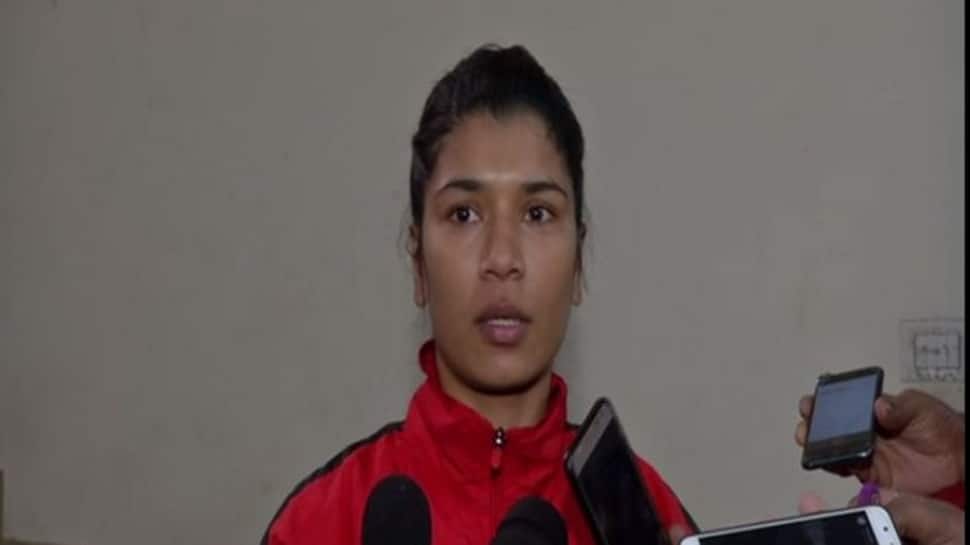 Nikhat Zareen on Saturday said that she was disappointed by Mary Kom`s behaviour after their bout in the 51kg final of the trials for the Indian team that will travel to the Olympic qualifiers in China in February.

Six-time world champion Mary won the bout by a split decision with the final score being 9-1.

After the decision was announced, Nikhat clapped while Mary`s hand was held up by the referee. When the two came together after that, Mary refused to shake hands or hug the 23-year-old.

"I did not like how she behaved with me," Nikhat told reporters at the Indira Gandhi Indoor Stadium complex.

Mary also seemed to direct foul words at Nikhat when the result was announced, which the latter confirmed.

"Yes in the ring she used some bad words for me. I don`t want to react on that right now," she said.

Nikhat said that she did not agree with the 9-1 scoreline, stating that the bout was a far closer affair. She said that her performance was far better than what she put out at the India Open in May 2019 which was the last time the two had met in the ring.

"I didn`t lack anywhere. I performed better than I did at the India Open. Today I played all out. I don`t agree. It was a close bout and could have gone either way so I don`t think the score should have been 9-1," she said.

Officials of the Telangana Boxing Association angrily protested the result and later stated that they will file an official complaint with the International Boxing Association (AIBA) through the state`s sports ministry. "I don`t know about them. Association members will do whatever they want to do. As a boxer I will focus on my training and upcoming competition," Nikhat said.

Nikhat still has a slender chance of making it to the qualifiers with BFI president Ajay Singh stating that there will be another trial held ahead of the World Olympic qualifying event scheduled to be held in Paris in May 2020 in case a boxer fails to go past the qualifiers in China.

Nikhat said that she has been informed of the possibility of these trials happening earlier.

"We will be selected according to how we perform in international competitions before that. The BFI will decide who will give trials. So my focus now will be to perform well at the international level," she said.