Mary, who is the only women boxer to have clinched eight World Championship medals, has made it to the Indian team for 2020 Tokyo Olympic qualifiers. 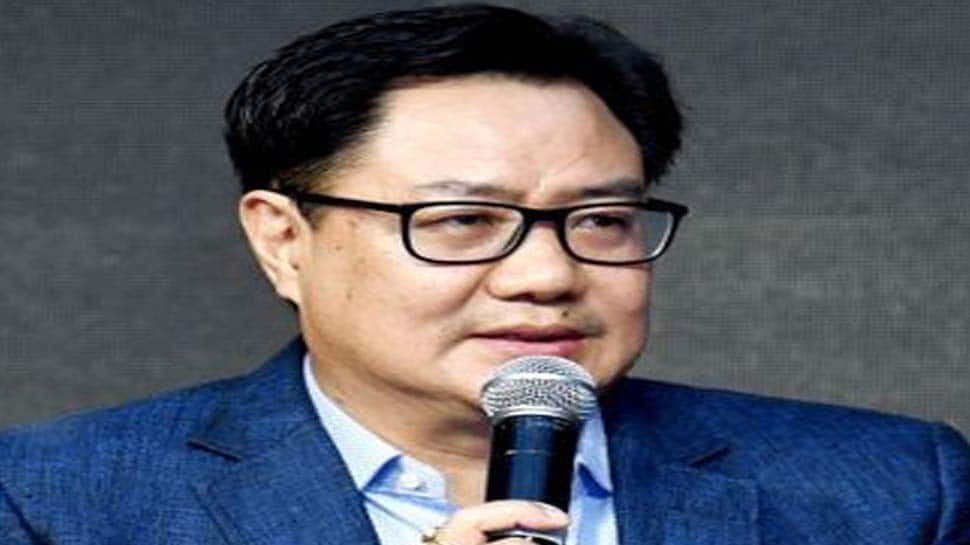 Union Minister for Youth Affairs and Sports Kiren Rijiju on Monday said that boxing sensation Mary Kom is a 'legend' and Nikhat Zareen has the potential to follow her footsteps.

The Sports Minister's comments came after six-time world champion Kom refused to shake hands with Zareen following her 9-1 win over Zareen in the final of the 51kg weight category of the Women's Boxing Olympic trials at the Indira Gandhi Stadium in New Delhi on Saturday.

Taking to his official Twitter handle, Rijiju said that too much of issues are created on this matter, adding both of them are amazing boxers and that India is proud of them.

"Too much of issues are created on this! Mary Kom is a legend who has achieved what no other boxer has ever achieved in the World Amateur Boxing. Nikhat Zareen is an amazing boxer who has the potential to follow the footsteps of Mary Kom. India is proud of both of them. Period," he wrote.

Mary, who is the only women boxer to have clinched eight World Championship medals, has now made it to the Indian team for 2020 Tokyo Olympic qualifiers. Besides her, Sakshi Chaudhary (57kg), Simranjit Kaur (60 kg), Lovlina Borgohain (69 kg) and Pooja Rani (75 kg) are the other boxers to have qualified for the Asia/Oceania Olympic qualifiers, which is slated to take place in China in February next year.

The controversy between Mary and Nikhat began when the latter had written a letter to Sports Ministry, demanding a fair chance to decide who between her and the six-time world champion should join the Indian contingent for the Asia/Oceania Olympic qualifiers.

Zareen's move came after it seemed that Mary will be the obvious choice for the 2020 Olympic qualifiers due to the Boxing Federation of India's (BFI) indecision over the selection policy.

Didn't like how Mary Kom behaved with me after bout: Nikhat Zareen