Milkha Singh obituary: The ‘Flying Sikh’ came, he saw and he conquered

Milkha conquered the world of athletics with his grit, determination and resolve to rise from every setback like a phoenix. Thanks to his performances across the globe, Milkha dominated the field of sprinting for more than 10 years, scripting numerous records and winning multiple laurels for the country. 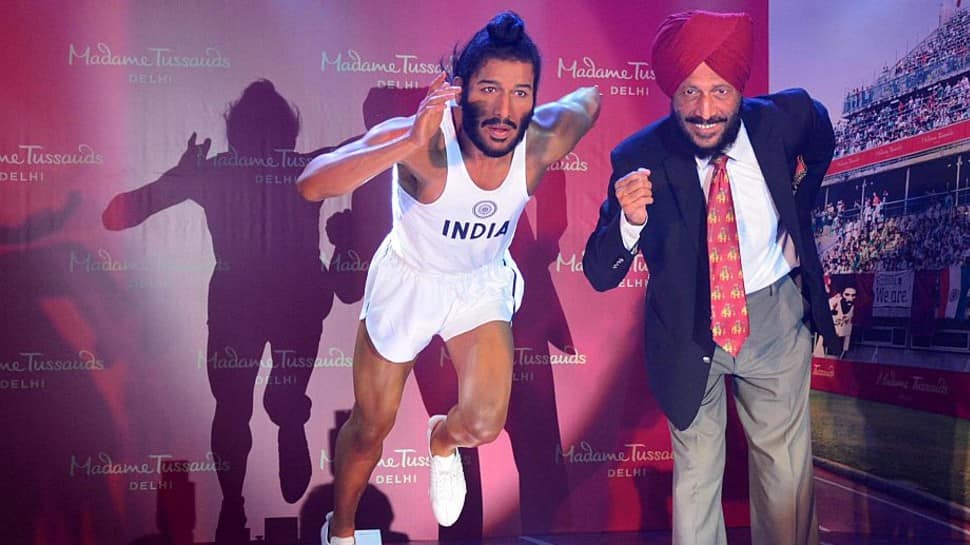 The track, to him, was like an open book in which Milkha Singh found the "meaning and purpose of life". And what a life he made for himself.

Before his 91-year-old body lost to COVID-19 on Friday after fighting it for a month, Milkha won the kind of battles that not many would have survived, forget about living long enough to tell the world about them.

Milkha conquered the world of athletics with his grit, determination and resolve to rise from every setback like a phoenix. Thanks to his performances across the globe, Milkha dominated the field of sprinting for more than 10 years, scripting numerous records and winning multiple laurels for the country.

It is safe to say that the legend introduced India to 'track and field' and to date, there has been no one who matches Milkha's achievements in the country in this field. With his demise on June 18, it undoubtedly is the end of an era that saw none come even close to his achievements, let alone match them.

A glimpse into the stupendous athletics career of legendary Milkha Singh can be had from this mind boggling fact: his 400 metres Indian national record stood for 38 years and the 400m Asian record for 26 years. In 1960 in Rome, he came closest to winning an individual Olympic Games medal as an Indian, in 400m, eventually finishing fourth in a photo finish.

Milkha was one of the favourites to win the 400m gold in Rome. It was probably natural, too, as going into the Olympics, he is said to have won 77 out of 80 races, including the 1958 Commonwealth Games gold in 440 yards.

But one shortcoming probably cost Milkha an Olympic medal. He had a habit of looking at his opponents over his shoulder while running races, and when he did the same in Rome it was decisive, though he had led the race until 200m. Later he admitted that he had paid a heavy price for his habit.

He lost the race of his life in the Rome Olympics, finishing the 400m final in 45.6 seconds, 0.1 second short of the bronze medal mark.

He remained tormented by that miss, one of the only two incidents in his life, which he described as unforgettable -- the other being the killing of his parents in Pakistan.

Interestingly, Milkha broke the existing world record of 45.9 sec in Rome, and so the three who finished ahead of him. He finished fourth with a time of 45.6 seconds, as per a hand-held device, while an unofficial electronic timer at the games clocked him at 45.73 sec. This has been a point of contention, though.

The emergence of the ‘Flying Sikh' Young Milkha first hogged the limelight when he outperformed 394 soldiers in a race and was selected for further grooming and training. That eventually laid the base for him to become a legendary sprinter.

Milkha represented India at the 1956 Olympics in Melbourne, the 1960 Olympics in Rome, and the 1964 Olympics in Tokyo. He was the first Indian athlete to claim a gold medal in the individual athletics category at the Commonwealth Games before the sprinter's record was broken in 2010.

Milkha, who is regarded as one of the world's greatest athletes, defeated Pakistan sprinter Abdul Khaliq in a 200-Metres race to win a gold medal in Tokyo Asian Games. Khaliq was the fastest man in Asia in 1958 and after Milkha defeated him, the Indian sprinter was given the title of "The Flying Sikh".

Prior to that race, Milkha had won the gold in 400 metres while Khaliq had clinched the gold medal in 100 metres and with the Indian sprinter winning the 200 Metres race, he took the honour of then "Asia's best Athlete". 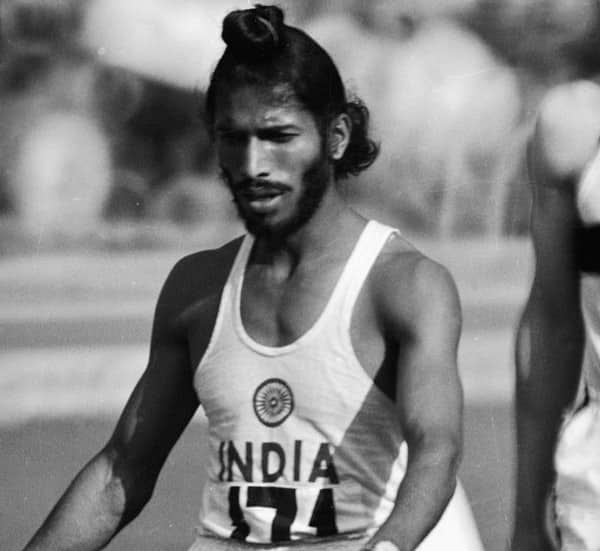 One of independent India's biggest sporting icons was a tormented man but refused to let that come in the way of accomplishments that were unheard of in his era.

He saw his parents being butchered during partition, indulged in petty crimes to survive in the refugee camps of Delhi, went to jail for those, and failed three attempts at joining the Army.

Who could have thought a man like that would get the sobriquet of 'The Flying Sikh'? But Milkha earned it and earned it with a master class on how to be bigger and better than one's circumstances.

He "revered" the track like "the sanctum sanctorum in a temple where the deity resided."

To him running was both his God and beloved as he created his own little fairytale out of what could have easily been a tale of horrors.

Milkha was born in Layalpur, in undivided India, and now in Pakistan. His love for athletics began after he enrolled himself with the Corps of Electronics and Mechanical Engineers (EME) of the Indian Army in Delhi.

His talent blossomed while being with the Army. Fortunately for him, his officers encouraged him, and that would have played a role in him winning the 200m and 400m races at a Services Athletics Meet in 1955.

Milkha practiced on his own while with the Army and clinched gold medals in both 200m and 400m at the 1956 National Games in Patiala, and two years later at the Cuttack Nationals, setting national records in both races.

His sporting achievements won him kudos from the Army, and the Indian government awarded him the Padma Shri in 1959. The same year, he was awarded the prestigious Helms Award.

Milkha took premature retirement from the Army and took up the post of Deputy Director of Sports with the Punjab government.

In 1991, he introduced a compulsory games period in schools and also set up sports wings in schools in the districts to tap talent at the grassroot level.

He got married to Nirmal Kaur, captain of the Indian volleyball team, in 1963. They met for the first time in 1956 in Sri Lanka when they were there for their respective national duties.

The couple was blessed with three daughters and a son, golfer Jeev Milkha Singh.

It was quite stunning that an athlete of Milkha's stature was offered the Arjuna award, instituted in 1961, only in 2001.

He famously turned it down, saying the honour was not of the "stature of the services he rendered to the nation".

In fact, Milkha was a sum total of way more than his several races and medals. He was also much more than that near-miss in Rome.

He was India's love affair with the track, the one that this country can never get over. 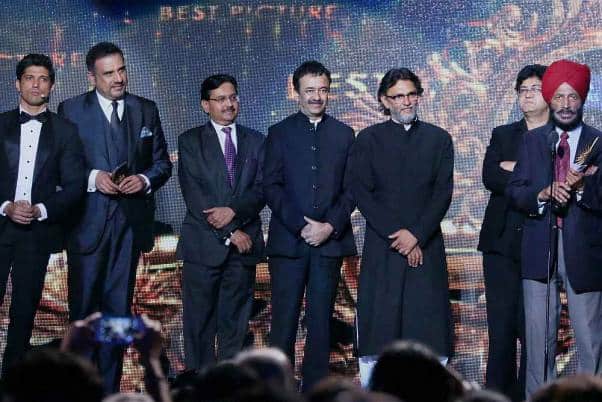 In 2013, Bhaag Milkha Bhaag, a film on the legendary sprinter was made to showcase his incredible struggle from being an orphan to becoming one of the greatest athletes of all time.

Bollywood actor Farhan Akhtar essayed the role of 'The Flying Sikh' in the biographical drama. It was through this movie that the sprinter attracted more fans and the young audience got to know about the legend of the man.