Sindhu became the only Indian woman to win an Olympic silver when she reached the final of the women's singles event at the 2016 Olympics in Rio de Janeiro, Brazil. 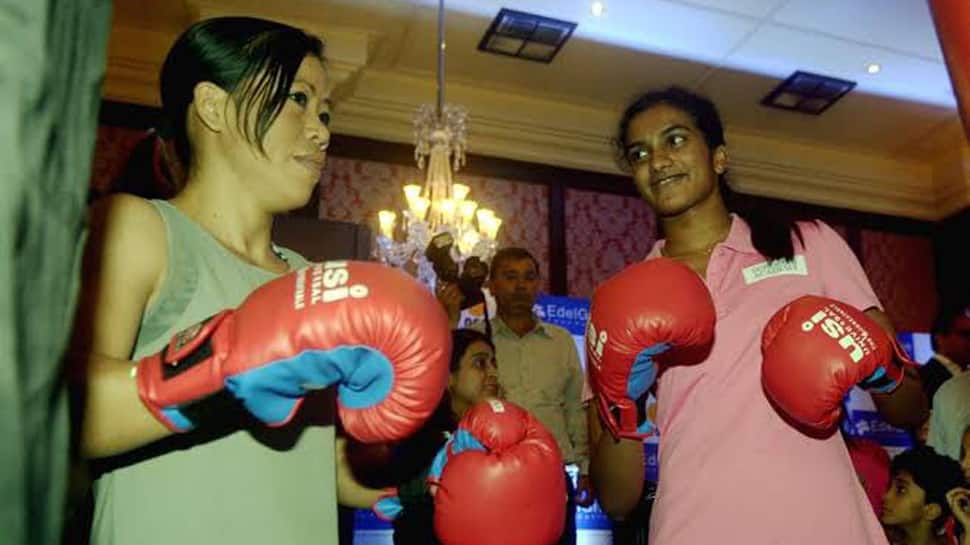 New Delhi: Boxing great Mary Kom has been selected for the Padma Vibhushan, the country's second-highest civilian award. Olympic silver medallist and reigning badminton World Champion P.V. Sindhu has been named for Padma Bhushan as the names of Padma awardees were disclosed on Saturday on the eve of the 71st Republic Day.

Rated as one of the most successful amateur boxers of all time, Mary Kom won bronze at the 2012 London Olympics and has clinched gold at the boxing World Championships for a record six times. She has won a total of eight medals at the World Championships, the most recent of which came in October 2019 in Ulan Ude, Russia. The 36-year-old is now looking to qualify for the 2020 Tokyo Olympics.

Sindhu became the only Indian woman to win an Olympic silver when she reached the final of the women's singles event at the 2016 Olympics in Rio de Janeiro, Brazil. In August last year, the 24-year-old became the first Indian to win gold at the badminton World Championships.

She has also won two silver and two bronze medals at the World's in the past, thus making her only the second woman after Chinese two-time Olympic gold medallist Zhang Ning to win five medals in the competition.

Indian women's hockey captain Rani Rampal, who has been the face of women's hockey in the country and played a pivotal role in the team qualifying for the 2020 Tokyo Olympics, is among those who have been nominated for the Padma Shri award.