PKL, as a result, has invited Expression of Interest for up to four new teams across Tamil Nadu, Gujarat, Uttar Pradesh, Haryana, a media release from the league said on Wednesday. 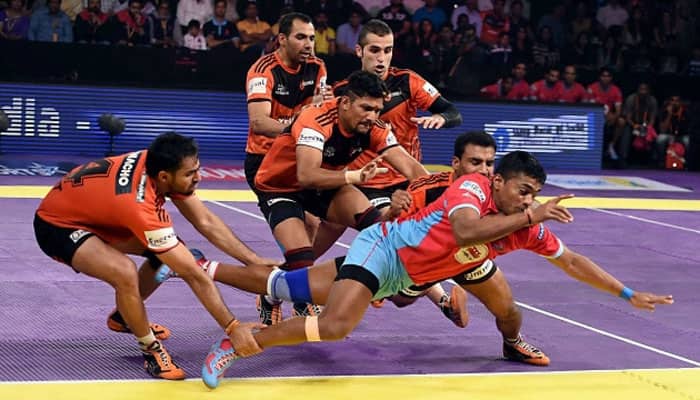 Mumbai: Pro Kabaddi League (PKL) is all set to add four new teams to the already existing eight to make it a twelve-team affair for the upcoming fifth season in July.

PKL, as a result, has invited Expression of Interest for up to four new teams across Tamil Nadu, Gujarat, Uttar Pradesh, Haryana, a media release from the league said on Wednesday.

After the addition of the new teams season 5 would comprise 130-plus matches and the duration of the event would be increased to 13 weeks, the release said.

"With the addition of these new teams, Pro Kabaddi is gearing up to surpass other Indian sports leagues in terms of geographic representation (teams from 11 states), number of matches (130+ matches) and duration of the league (13 weeks) in Season 5," PKL said in the release.

"All stakeholders have decided to come together to expand the league and given the pace at which this is growing, it might be just the first in a series of expansions in the coming years", said PKL's broadcast partners Star India's Chairman and CEO, Uday Shankar.

"Pro Kabaddi is a truly unique example of how a modern league has transformed the much loved but traditional Kabaddi into a modern sport," said Janardan Singh Gehlot, President, International Kabaddi Federation.