The death toll from the shooting, carried out by a suspected white supremacist and described by New Zealand Prime Minister Jacinda Ardern as the country`s "darkest day", rose to 50 on Sunday. 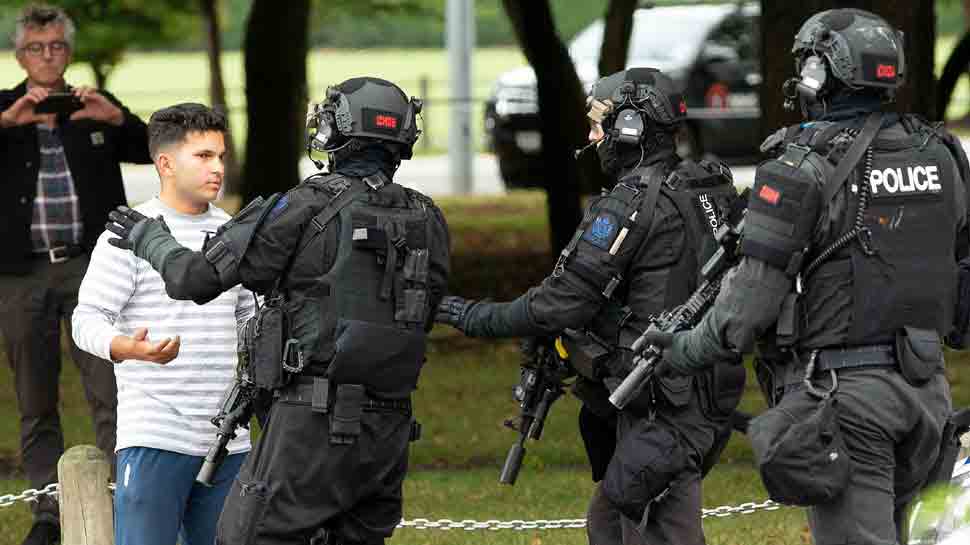 All Blacks captain Kieran Read has urged his fellow New Zealanders to reject bigotry and support the country`s Muslim community after a mass shooting at two mosques in Christchurch on Friday.

The death toll from the shooting, carried out by a suspected white supremacist and described by New Zealand Prime Minister Jacinda Ardern as the country`s "darkest day", rose to 50 on Sunday.

New Zealand Football (NZF) said on Sunday that one of those killed was Kuwait-born Atta Elayyan, the goalkeeper for the New Zealand futsal team, a version of indoor soccer that is played internationally.

"They are a very tight-knit group and this news of Atta`s death will be devastating for all involved in the game. We feel their pain and their grief."

New Zealand`s top professional soccer team, the Wellington Phoenix, said they would remember Elyaan and the other victims at their A-League match against the Western Sydney Wanderers, which will go ahead on Sunday after consultation with the police.

The third cricket test between New Zealand and Bangladesh that was due to start in Christchurch on Saturday was cancelled after the tourists narrowly avoided being caught up in the shooting.

Rugby is New Zealand`s most popular sport, however, and the captain of the All Blacks, the most successful international team in the game, is typically almost universally respected.

Read`s statement of support for New Zealand`s small Muslim community would, therefore, have more resonance than might be the case in other countries.

"That this hate-filled atrocity has happened in our back yard is beyond words," Read, who was caught up in the city centre lockdown at his daughter's school on Friday as police searched for the gunman, wrote on his Instagram account.

"My heart goes out to the victims and their families, our Muslim community and the people of Christchurch."

"Our nation is experiencing a great loss of innocence in the face of all that happened. Bigotry and intolerance has no place here in Aotearoa (New Zealand). This is not who we are."

"Our strength lies in our diversity and while acts such as this are orchestrated in an attempt to divide us, love and unity will always prevail."

Read also plays for the Christchurch-based Canterbury Crusaders, whose Super Rugby match against the Otago Highlanders in Dunedin on Saturday was cancelled after discussions between the teams and police.

The Crusaders adopted their name 23 years ago when rugby went professional but questions have been raised over its associations with the medieval religious wars between Christians and Muslims since the mosque attacks.

The franchise, which has won a record nine Super Rugby titles, issued a statement late on Saturday defending the name.

"We acknowledge and understand the concerns that have been raised," it read.

"For us, the Crusaders name is a reflection of the crusading spirit of this community, and certainly not a religious statement.

"What we stand for is the opposite of what happened in Christchurch ... our crusade is one for peace, unity, inclusiveness and community spirit."

"This team and the wider organisation are united with our community in standing against such abhorrent acts ... and in standing in support of our Muslim community."

Read`s All Blacks teammate TJ Perenara also urged his compatriots to think about New Zealand`s Muslim community after witnessing the wider impact of the attacks on Saturday.

"I walked through the airport and saw Muslim people going about their day in fear, including one woman that I and a couple of others sat with while she cried," he wrote on Instagram.

"I thought about how they were in fear as their community has been attacked ... Once we have had time to grieve, it might be time for some uncomfortable conversations."