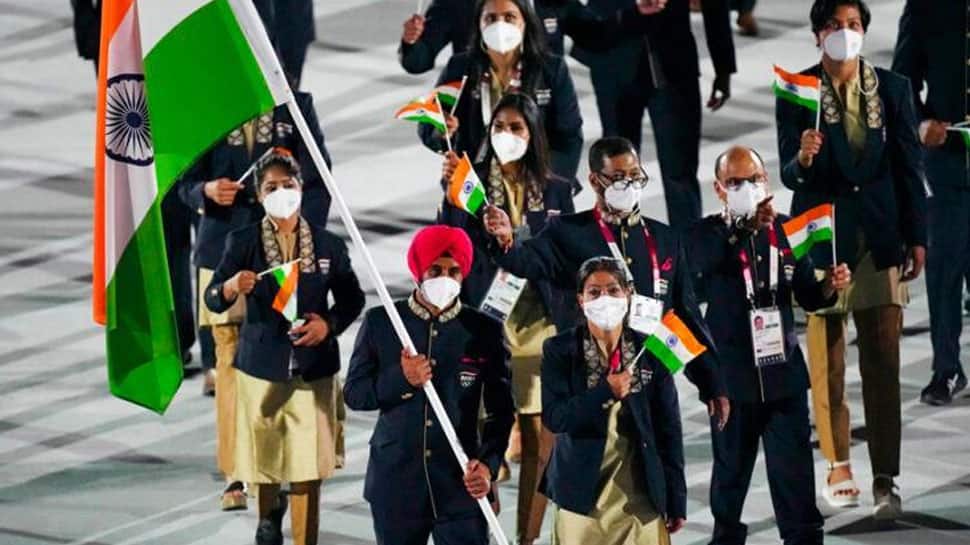 New Delhi: Union Minister for Youth Affairs and Sports Anurag Thakur on Friday said that Prime Minister Narendra Modi will meet the athletes of the India Olympic contingent individually when they return home.

"On behalf of Government of India and Prime Minister Narendra Modi, on behalf of 130 crore Indians, I would like to wish all the Indian athletes the very best. The good wishes are behind our athletes, this is our largest contingent where 127 athletes are participating. There is no pressure on them, they should play with a free mind, win more medals and we can see high enthusiasm throughout the country," Thakur told reporters on Friday. 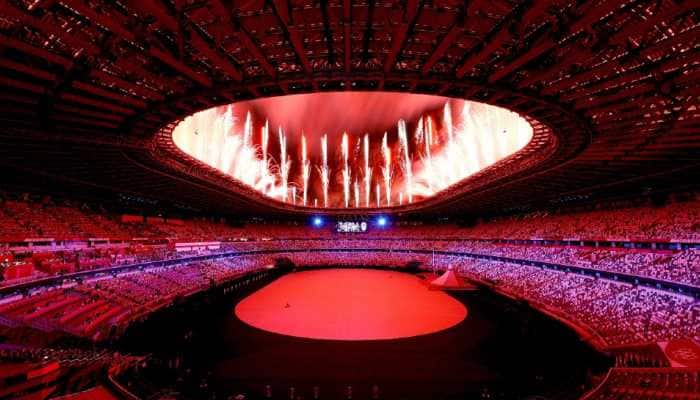 Twenty-five members from the Indian contingent attended the Opening Ceremony on Friday at the National Stadium amid the COVID-19 concerns in the Japanese capital.

Ankita Raina was added to the list of players who attended the event while Manika Batra and Sharath Kamal from the Table Tennis team did not attend the ceremony, IOA Secretary General Rajeev Mehta confirmed on Twitter.

Amit, Ashish Kumar, Mary Kom were among the eight boxers who were present at the function along with six Indian officials.

Japanese emperor Naruhito declared the Games open, a month after voicing concerns over the possible spread of coronavirus during the Olympics, becoming the third member from his family to do the honours.

It was ironic that the locals milling around the majestic National Stadium were not allowed entry due to the ban on crowds, even as visitors, including athletes and dignitaries, from across the world participated in the opening ceremony of the Games projected to cost a whopping USD 28 billion.

Fewer athletes across contingents took part, some to stay focussed on their events on Saturday, a lot of others out of the fear of catching the infection that has already found its way into the Games village.

Around 950 VIPs and world leaders were in attendance inside the arena that has a capacity of 68,000. Despite the ban on crowds, the stadium was occupied by over 10,000 individuals performing different roles.

International Olympic Committee (IOC) president Thomas Bach, without whose steely resolve and stubbornness the Tokyo Games wouldn't have seen the light of the day, acknowledged that it will be different from the ones in the past.

"Today, the Olympic athletes are sending a resounding message of hope to our fragile world. The Opening Ceremony will highlight this Olympic message of resilience, solidarity and unity of all humankind in overcoming the pandemic," Bach said in his address.

"The Olympic Games Tokyo 2020 are a light at the end of this dark tunnel."
He added, "Today is a moment of hope. Yes, it is very different from what all of us had imagined. But let us cherish this moment because finally we are all here together."

Even as the opening ceremony took place, protestors gathered outside the stadium and made their voices heard after blocking one of the city's busiest roads, forcing the police to act.

Although there were no spectators inside the Olympic Stadium, there were fireworks and music, from famous Japanese video games, to which each of the competing nations walked in, led by Greece, home of the Ancient Olympic Games, with host nation Japan entering the stadium last.

Deviating from the norm, Vanuatu and Tonga's male flagbearers created quite a flutter after they walked in shirtless and bodies smeared with oil.

It was followed by a 20-second indigo and white fireworks display, highlighting the colours of the Tokyo 2020 emblem and shaped like a fan, which is an auspicious symbol in Japanese culture.

Japanese emperor Naruhito walked in with International Olympic Committee head Thomas Bach. Olympic rings made from the wood of trees planted from seeds brought to the country the last time it hosted the Olympics in 1964 were formed before the traditional Parade of Nations.

Unlike previous Games held in Japan, where participating nations marched into the stadium in the English order of their names, Tokyo 2020 followed Japan's writing system.