The London 2012 gold-medallist Abhinav Bindra complimented PV Sindhu on her achievement of becoming the first woman sportsperson from the country to win two Olympic medals, saying it was a ‘rare accomplishment’ and that the ‘next generation of athletes are lucky to have a role model like her’. 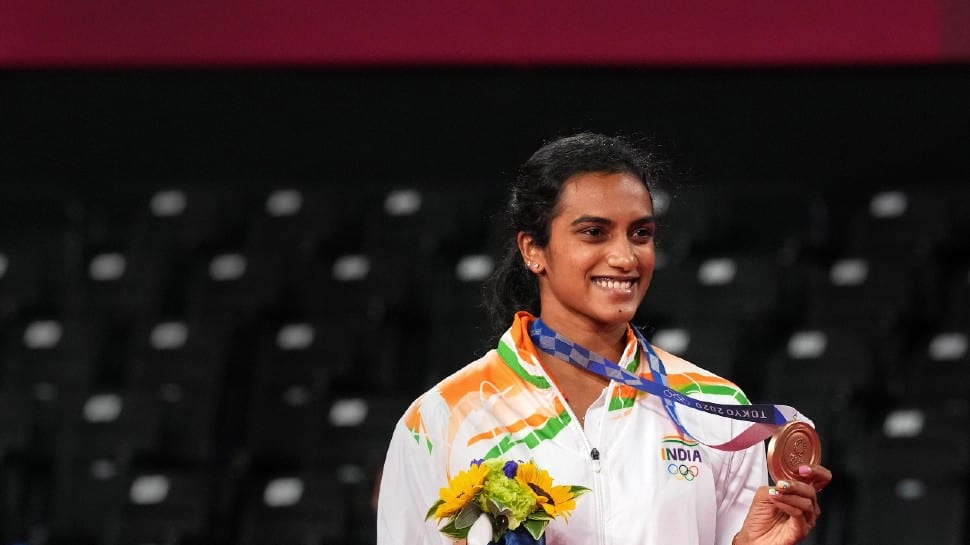 There is a mutual respect between two of India’s greatest Olympians. One is India’s only individual Olympics gold medallist – Abhinav Bindra – and the other became the first Indian woman athlete to win two Olympic medal – PV Sindhu, who achieved this feat by winning bronze at the Tokyo Olympics on Sunday (August 1). Ace shooter Bindra congratulated Sindhu with a touching note which he posted on social media as well.

The London 2012 gold-medallist complimented Sindhu on her achievement of becoming the first woman sportsperson from the country to win two Olympic medals, saying it was a ‘rare accomplishment’ and that the ‘next generation of athletes are lucky to have a role model like her’.

Putting the disappointment of the semi-final loss in Tokyo behind, Sindhu produced a truly dominant performance in the Bronze-medal playoff against China’s He Bingjiao to clinch second Olympic medal in successive Games. In a letter posted on social media, Bindra, winner of the 10m air rifle gold at the 2008 Beijing Olympics, congratulated Sindhu and wrote: “Many congratulations on winning the bronze medal at the Tokyo Olympics 2020. Very few athletes from our nation have been fortunate enough to achieve what you have achieved. In fact, most sporting careers all over the world end without an Olympic medal, even after years and years spent obsessing over winning the shiny little round object.

“This alone shows just how rare it is to accomplish such a feat, and just how insane one has to be to even dream of it. You are already a Double Olympic Medallist! However, it is days like these and triumphs such as yours that push us all to keep dreaming of the impossible,” said Bindra in his letter.

Wrestler Sushil Kumar is the first and only other Indian to win two Olympic medals, following up his bronze at 2008 Beijing with a silver at the 2012 London edition. After Sushil, the 26-year-old Sindhu is the only second Indian athlete to achieve this magnificent feat.

“The next generation of athletes are lucky to have got a role model in you who is an embodiment of the virtues of practice and perseverance, the two qualities one needs in abundance in order to thrive in elite competitions. I would like to appreciate the unflinching support and encouragement that would have been provided by your family, friends, and coaching staff, as you undertook this journey to become the best. It can get very isolating as an athlete competing at the elite level, and I cannot stress enough the importance of people who are always standing in your corner, quietly infecting you with their warmth and belief even when you are busy harping over dispiriting defeats.”

Bindra further said that achievements like these push everyone to keep dreaming of the impossible and how Sindhu, who is “an embodiment of the virtues of practice and perseverance, is a wonderful example to the upcoming generation of athletes”.

“Your medal perfectly encapsulates the power of sport and how it continues to inspire us all through its incorruptible spirit of togetherness. Yours is a rousing story that keeps us going amidst all the destruction created by the ongoing pandemic. The toughest of times blesses us with the most formidable of characters, and you certainly are one. I thank you for the joy you’ve brought to the nation, and hope you continue to spread the values of Olympism and carry out your responsibilities as an Olympic medallist with the same energy and attitude with which you dazzled us all in Tokyo,” wrote Bindra.

Sindhu also became only the fourth player to win two consecutive medals in women’s badminton singles across the Olympic history.