India had earlier defeated New Zealand 3-2 in their opening fixture. Spain, on the other hand, are yet to register a win in the competition. 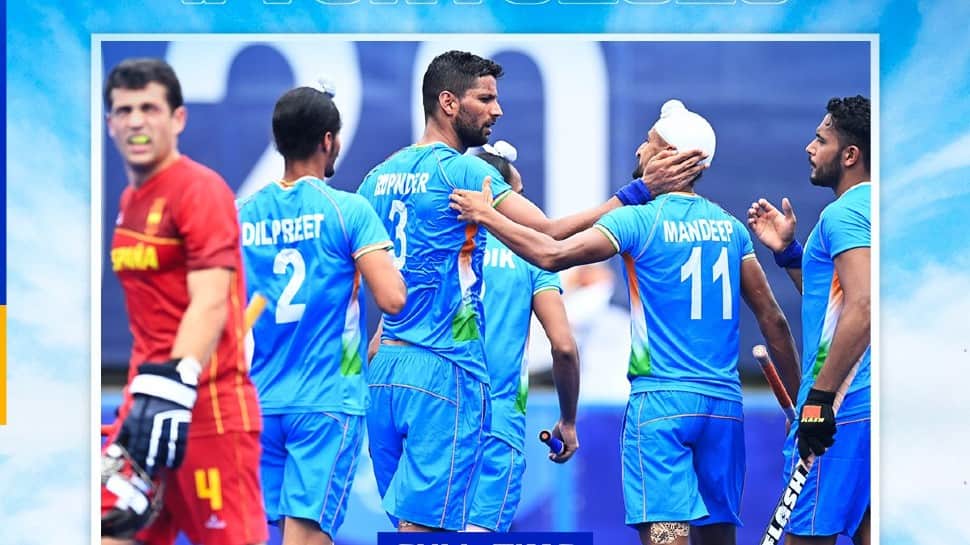 The Indian men’s hockey team defeated Spain 3-0 to register its second win at the Tokyo Olympics on Tuesday (July 27). Drubbed 1-7 by Australia in their last match, India produced a spirited performance against world No.9 Spain and scored through Simranjeet Singh (14th minute) and Rupinder Pal Singh (15th and 51st) to record a comfortable win in their third Pool A match at the OI Hockey Stadium.

India had earlier defeated New Zealand 3-2 in their opening fixture. Spain, on the other hand, are yet to register a win in the competition. Spain drew 1-1 against Argentina before losing 3-4 to New Zealand.

The Indians will next play reigning Olympic champions Argentina on Thursday (July 29).

Jacoby was the first swimmer from the state ever to make the US Olympic swimming team. Now, she’s heading back to Anchorage with a gold medal, rallying to win in 1 minute, 4.95 seconds.

South Africa’s Tatjana Schoenmaker claimed the silver in 1:05.22, while King gave the Americans another medal by taking the bronze in 1:05.54. The American men have lost a backstroke race at the Olympic pool for the first time 1992.

Russian athletes swept the top two spots in the 100-meter back, with Evgeny Rylov claiming the gold medal in 51.98 seconds and teammate Kliment Kolesnikov taking the silver in 52.00. The defending Olympic champion, American Ryan Murphy, settled for the bronze in 52.19.