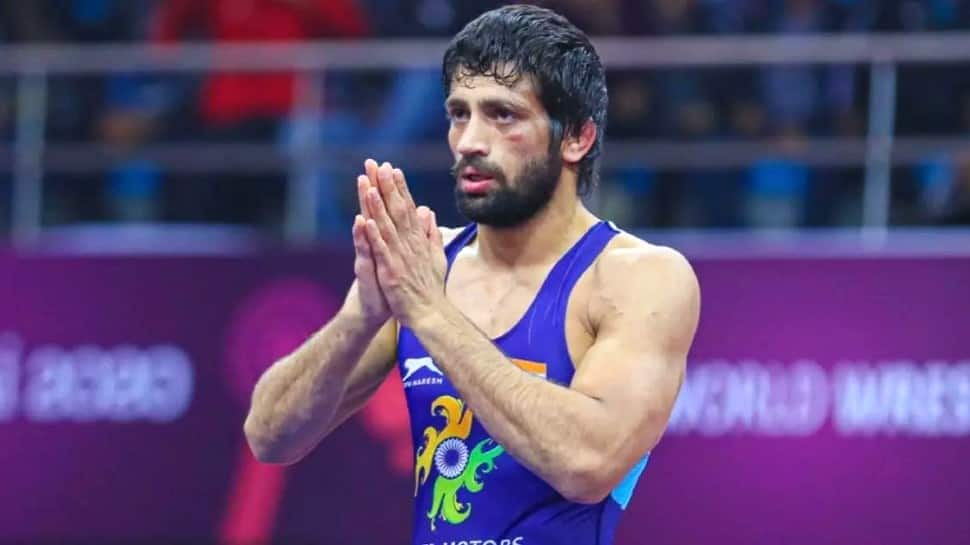 Indian wrester Ravi Kumar Dahiya put on a sensational show on Wednesday (August 4) to enter the gold medal final in thr 57kg category by defeating Kazakhstan's Nurislam Sanayev in the semifinal. Dahiya became just the second Indian wrester ever to enter the Olympics final after Sushil Kumar back in 2012 London Olympics.

Dahiya will now take on Zaur Uguev of Russia in the final on Thursday (August 5) and can potentially become India's second-ever individual gold medallist at Tokyo Olympics after Abhinav Bindra back in 2008 Beijing Olympics.

The fourth seed Indian trailed 2-9 after Sanayev effected a few 'fitley' (leg lace) but as the clocked ticked away, Dahiya regrouped and got hold of his rival with a double leg attack that resulted in a 'victory by fall'. Despite a huge deficit, Dahiya did not panic, showing tremendous mental strength and dramatically turned the bout in his favour.

After the end of the first period, Dahiya had a 2-1 lead but Sanayev came prepared and attacked the Indian's left leg, getting a good grip of that turned him thrice to log six points in a jiffy. Suddenly Dahiya's lead was gone and he was staring at a defeat but his superior stamina and technical prowess was still at work. The remaining one minute was enough for him to turn the tide and he did it in style.

He got hold of Sanayev with a double leg attack and then gripped him tightly, Kazkahstan wrestler's back on the mat and finished the bout with a might 'pin'. Even in his previous bouts Dahiya was dominant as the 23-year won both his previous contests on technical superiority en route the final.

RAVI ADVANCES TO FINAL!!#IND #RaviDahiya advances to the Final of Men's freestyle 57 Kg by Victory by fall (VFA) against #KAZ Nurislam Sanayev

With this India is guaranteed their 4th medal in #Tokyo2020#Wrestling#Olympics#Cheer4India pic.twitter.com/AnyB1Hld9I

Deepak made the most of an easy draw by getting past Nigeria’s Ekerekeme Agiomor, the African championship bronze medallist by technical superiority and then prevailed 6-3 against China’s Zushen Lin in the quarterfinal. The fourth-seeded Dahiya outclassed Colombia's Tigreros Urbano (13-2) in his opener and then outwitted Bulgaria's Georgi Valentinov Vangelov (14-4).

Against Urbano, Dahiya remained dominant, apart from conceding a take-down in the first period. The reigning Asian champion nailed the win with one minute and 10 seconds still remaining in the bout, which was stopped after he raced to a winning lead.

In the 86kg, the Nigerian had the power but Deepak was technically sound and won comfortably. Against Lin, though, the 22-year-old Indian struggled.

He opened up a 3-1 lead but Lin effected a takedown to make it 3-3 and head on criteria. The referee awarded two points to Deepak for a throw but the Chinese won the challenge.

He is now only the fifth Indian wrestler to have won an Olympic medal after KD Jadhav, Sushil Kaumar, Yogeshwar Dutt and Sakshi Malik. Jadhav had become India's first wrestler and also the first individual Olympic medallist when he won a bronze during the 1952 Helsinki Games.