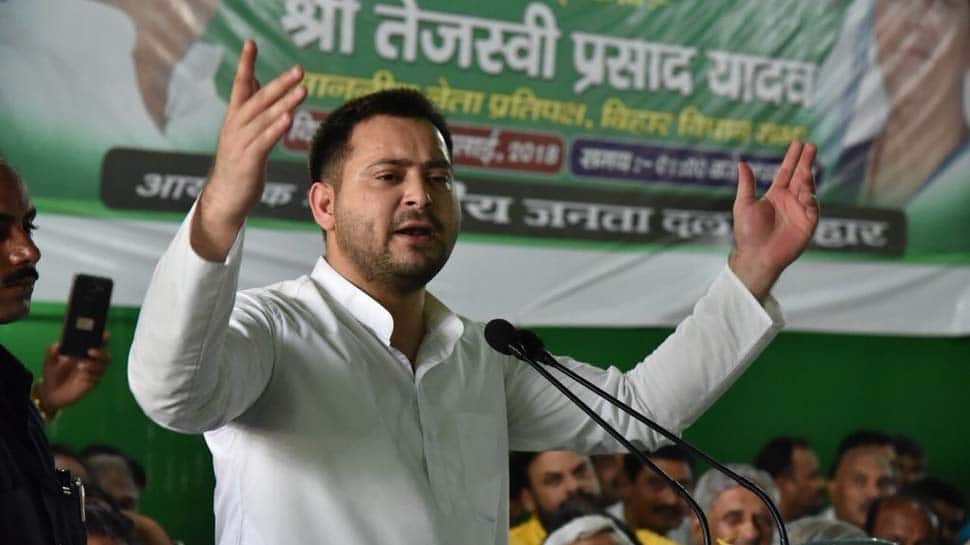 “Chacha (Nitish) made four governments in fours years. He was a part of every alliance. There's not a single top party he hasn't betrayed,” said Tejashwi while addressing RJD's 22nd foundation day celebrations in Patna.

Expressing apprehension that the BJP may dump Nitish before Lok Sabha 2019 polls, he said that there's "no requirement" of Bihar Chief Minister Nitish Kumar in the Grand Alliance.

“Today they've created a facade, that BJP cannot be defeated. You (Nitish) fought with BJP in three by-elections. Even when you guys were together, we managed to defeat you. So what difference does it make if you guys stay together or fall apart,” said the young RJD leader.

"I don't want to be the CM because of someone's favour. I will be the CM if people of the state bless me," Tejashwi Yadav said.

Dispelling media reports that the Grand Alliance comprising of RJD, Congress and Hindustani Awam Morcha of former CM Jitan Ram Manjhi was willing to take back Kumar, the RJD leader said Kumar was not needed.

"A kind of atmosphere is being created that Grand Alliance is ready to accept Nitish Kumar. Sorry, there is no requirement of you (Kumar)... We are capable enough to make both BJP and JD(U) bite the dust at the hustings," Yadav said.

Tejashwi Yadav's elder brother Tej Pratap Yadav, omission of whose name from the invitation card of the function had added gist to speculation of a rift within the family, attended the day-long event and in show of unity, blessed his younger brother as he crowned him on the dais.

This is the first time that Lalu Prasad was not present at the foundation day function of the RJD which he founded in 1997 after separating from the Janata Dal.

Convicted in fodder scam cases, Prasad is presently recuperating at a hospital in Mumbai after fistula operation. His wife and former CM Rabri Devi was also not present at the function.