Ira shared a few pictures from what appeared to be the Haldi ceremony of her cousin Zayn Marie. One of the pictures from the wedding ceremony also features Ira’s rumoured boyfriend Nupur Shikhare, who is seen standing next to Ira. It is to be noted that Nupur is the fitness coach of Aamir Khan and is reported to be in a relationship with Ira for over six months now. 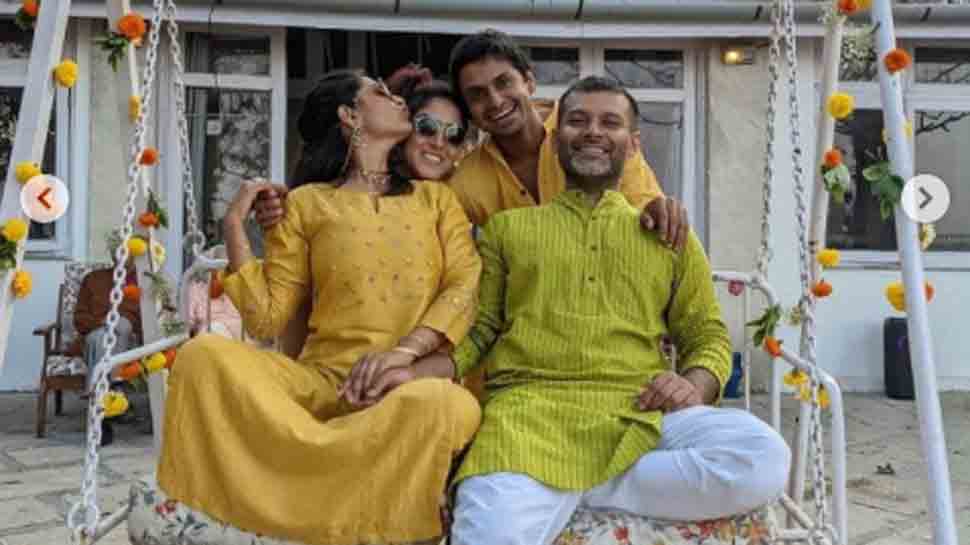 NEW DELHI: Aamir Khan's daughter Ira Khan has been quite vocal about her past relationship. Ira, who was in a relationship with Mishaal Kripalani for almost two years, called it quits in December 2019 and the star kid is currently rumoured to be seeing her dad Aamir Khan's fitness coach Nupur Shikhare.

If reports are to be believed, Ira is said to be dating Shikhare for past six months, although she is yet to make it official. However, if one take a look at her latest posts on Instagram, it appears that this time, Ira didn't mind giving a little hint about her relationship with Shikhare on social media. Ira, along with her father Aamir Khan, and cousin Imran Khan, had recently attended the wedding of Zayn Marie and Akash Mohimen in Alibaug.

Ira took to Instagram to share a bunch of photos from the wedding ceremony. The photos show Ira's cousin Zayn and her husband Akash Mohimen surrounded their friends and family during one of the wedding rituals. While sharing the photos, she wrote, "To these beautiful individuals and their beautiful relationship I just want to say.... FINALLY!" The pictures show Ira, dressed up in a yellow saree and black shades wearing a big smile as she posed with the bridegroom.

Take a look at the pictures below:

Earlier on Sunday, Zayn had also shared a few pictures from her wedding ceremony on Instagram. The pictures include Ira, Imran Khan with his mother Nuzhat Khan among others.

On Sunday, Aamir and his wife and filmmaker Kiran Rao and their child Azad, and Ira, who is his second child from first wife Reena Dutta, were seen returning from Alibau on a ferry.

Speaking of Zayn, she is the daughter of Aamir Khan's cousin and filmmaker Mansoor Khan. She made her acting debut with Netflix's 'Mrs Serial Killer', which aired in 2020. Ira and Aamir had attended the 'movie premiere' from their home. The web-series was premiered at a time when the country was under the coronavirus lockdown and all cinema halls and theatres were shut by the government.

Urvashi Rautela deeply saddened by Uttarakhand flood, says she is praying for her people