Actress Rhea Chakraborty is reportedly dating Seema Sajdeh's brother Bunty Sajdeh, who is the MD and CEO of Cornerstone Sport. She was previously in a relationship with the late actor Sushant Singh Rajput. However, there is no confirmation to the latest development.

NEW DELHI: Actress Rhea Chakraborty, who has been mired in controversy since 2020, following the death of actor and her boyfriend Sushant Singh Rajput, has reportedly found love again. As per Hindustan Times, the 'Jalebi' actress is reportedly dating Bunty Sajdeh, who is the brother of Seema Sajdeh. Rhea was also seen at Bunty Sajdeh's birthday party held on October 7. However, there is no confirmation from either side yet.

Bunty is the MD and CEO of Cornerstone Sport. The agency handles some of the biggest names in the sports fraternity, including Virat Kohli, Rohit Sharma, and Shikhar Dhawan. Bunty was previously rumoured to be dating Sonakshi Sinha. HT reported that Rhea and Bunty have been dating each other for some time but the duo wish to keep their relationship under wraps. The report also added that Rhea was among Bunty's clients in the past. Among several B-Town celebrities, Bunty was also called in for questioning when Rhea was interrogated in connection with Sushant Singh Rajput's death.

Amidst the dating rumours, Rhea shared a hilarious post about what seems to be her 'toxic trait'. The actress took to her Instagram Stories and shared a funny post speaking about 'toxic' eating habits. The post read, "My Toxic Trait: Hmm, let me see if this food THAT NORMALLY HURTS my stomach, hurts my STOMACH TODAY." Take a look: 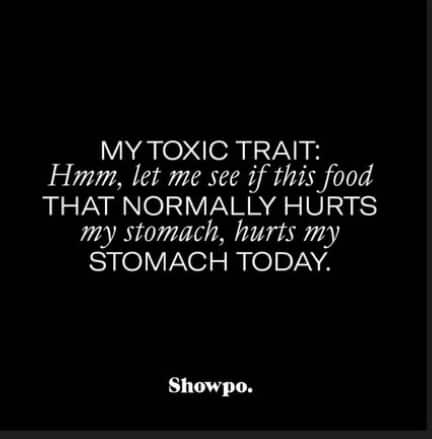 Rhea, who was in a live-in relationship with Sushant Singh Rajput, was accused of mentally harassing him and exploiting him for his money, and playing a role in his death among several other things. Following Sushant's death, his father KK Singh registered an FIR against Rhea and claimed that the actress had threatened to make his medical receipts public and prove him mad, and that Sushant was afraid that she would frame him for his secretary Disha's suicide. He also claimed that Rhea had taken away all his doctor's receipts with her as she moved out of his house, days before his suicide.

In terms of work, she was last seen in Rumi Jaffery's mystery-thriller 'Chehre', which released in August 2021.